Two of my paintings have been selected for the 94th international juried art exhibit in Harrisburg Pennsylvania not only were two selected but one won first place in the oil and acrylic category. The one in titled “ Egg” is the winner and the other is a Stippled pennant Inc. work the curator is Rachael O’Connor curator of the Cleveland Art Museum. This is a very prestigious show and I am pleased to be included 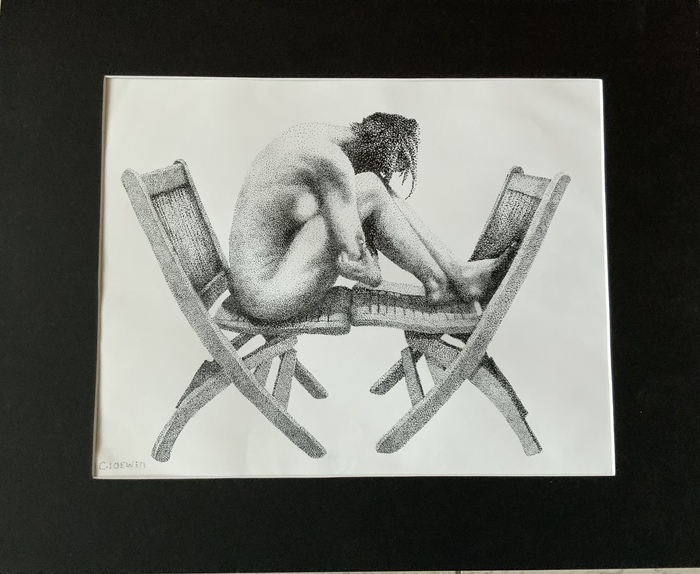 MY GRANDFATHER WAS A LIGHT MAKER

Oil on canvas, 90 x 70 cm. Every family has its own legends. Those of my family are centered on the figure of my grandfather. My grandfather made his living by inventing a thousand jobs: he was a blacksmith, but also an electrician, carpenter, handyman ... In his small village of origin, before the war, public lighting had not yet arrived. He was asked to build a street lighting system, he did it. As a boy, I often fantasized about helping him in this enterprise, which would have been impossible, because he died before I was born. But I liked to imagine myself carrying these big heavy lamps between the houses and the courtyards, where, in reality, some of those that he built are still working! 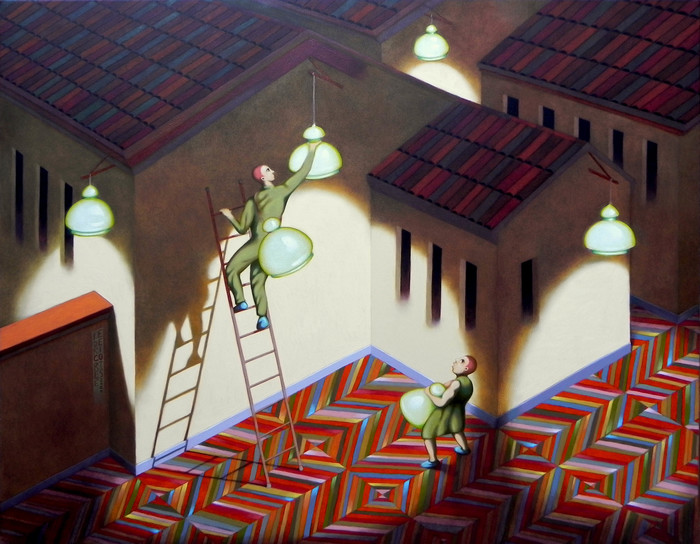 Me . I am smoke. I give "back" to the spectator. Hasta I am currently working on a series called Oppression or Beauty, I intend to reflect on subjection and liberation, choosing the corset as a representative of all those fears that constrain us by taboos or beliefs "straighten us" I make an analogy of the corset as an external symbol of what actually happens inside: it is oneself who imprisons oneself with judgments, beliefs, fears, with what people say or one's own inner voice that immobilizes and does not allow the connection between desires and action.