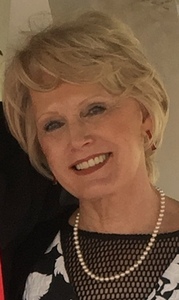 Today, in Wild, and Wonderful West Virginia, artist Patricia Timbrook, has set up shop in the basement of her home, with a quarter-house-sized art studio, that she greatly appreciates for painting large canvases.
Another even bigger studio space, called A+ Contemporary Art & DeSIGNS, llc.,or A+CAD—a fifty-by-twenty-five square-foot room, with a twenty-foot-high metal canopy, opened to the public in 2009. Paired with a signage business, A+CAD, the painting, exhibiting, and selling arrangement worked well for three years. In 2012, Timbrook closed that studio and moved everything back into her West Virginia home.
In 2005, she and her husband moved to Florida. In the new location, one side of the car garage served as her new studio area. It provided an adequate area for setting up easel, tables and the rest of a painter’s arsenal, along with plenty of sunlight by raising the garage door. But the garage door went down when one of the seasonal nuisances arrived, Florida’s ugly and prolific “Love Bugs.”
From 2005 to 2010, Timbrook created twenty-one abstract drawing compositions in black ink pen on paper. The eight inch by eleven and a half inch series, named Densities, became part of a member group art exhibition at the Manatee Arts Center. She exhibited them also in two other alternative spaces in the Bradenton area.
In the late 80s, her studio in Maryland, had included a school desk, an Ott Light Lamp, and a few art supplies. She had been writing for the children’s literature market, and had decided to illustrate her stories in colored pencils. With each illustration requiring forty or more hours to finish, Timbrook decided to pursue other art venues, which lead to painting with acrylics, a faster and less tedious technique.
But before all of those adult-art-related episodes, her first memories of drawing, or coloring, or painting, go back to the early 50s: A hot summer day, on the back porch, sitting at a child’s table, she was an eight-year old girl carefully coloring with crayons. And nothing else mattered in that moment.

In 1958, at the age of 10, Timbrook submitted a sample drawing to Can You Draw This?, an Art Institute magazine advertisement. Her parents received a call from AI, and were set up for an appointment with a representative. Timbrook started the drawing course. But, within a year, she had developed a stomach ulcer, thus ending the course. Nonetheless, she still had aspired to be an artist. In early elementary school and on up through high school years, both teachers, friends, and family helped to flame that aspiration. Her first tangible art award happened in her senior year. Her art teacher, and later friend, submitted her abstract drawing, plus drawings of several other students, in a nationwide senior high art publication. All of her students scored high marks, and had been published.
In the twelve-siblings of the combined paternal Dentinger families, no one exhibited any artistic talents in connection to Timbrook, except for her father, who had shown a creative tendency through carving original toy cars; and an aunt, whose gift-wrapping often brought lots of “Ooos!” and “Ahhhs.”
In 1976-77, Timbrook, her husband, and their six-year-old son, moved to New Tribes Mission Training Center in Jersey Shore, Pennsylvania, where they spent 18 months studying the bible and learning about primitive tribal work.
With failing health, Timbrook’s husband moved the family back to Maryland, which was where most of their relatives still lived.
Following several surgeries, and after full recoveries, Timbrook pursued writing for the children’s literature market. She wrote the authorized biography of a Professional Cowboy—who turned missionary to the Indian tribes of the West. From Sunup to Sundown, the Story of Nevada Steve Homoki was published 1988 by Bible Doctrines to Live By, Inc. and is now into its 27th year of printing. In addition to writing articles and stories for children, Timbrook found ways to connect art to them.
In the late 80s to early 90s, she took an illustration class at a local college. That course helped her to hone her drawing skills and that lead to private lessons with that same instructor, a children’s book illustrator herself. The writing and the illustrating work at that time helped prepare Timbrook for projects. She attended many seminars and conferences, some hosted by the Society of Children’s Book Writers & Illustrators, some hosted by other organizations, one having been the Christian Writers Association. At one such conference Timbrook met a writer and an editor with whom she eventually teamed up to produce a 32-page magazine for kids, TRAILS & TREASURES, The Christian Magazine for Kids 8-12.
Timbrook, a member of a local art group called the 4As, worked together with several other members and with ROCKY GAP GOLF & RESORT, to exhibit and sell their art works throughout the main entrances and hallways. For about 4 years, the art sold generated thousands of dollars. The art was removed when a new company purchased the building. The mission of the 4As was not only to promote local artists; it was also to provide scholarships for area high school art students.
Apart from the art group involvement, Timbrook shared with high school art students to dream big and work hard. Her gallery, A+CAD, hosted an art contest for local high school students. Throughout the years, she has donated her art prints to school auctions, and for local charities.
Abstract, not representational, became the style into which Timbrook has captured her passion, and like a conduit, is projected through what shapes get onto the canvas. Her subject matter sometimes unfolds as the painting progresses.
Timbrook is a full-time artist today, a mission with purpose and joy. At the same time, she engages in her family’s lives, community events, and church activities. She enjoys opportunities to connect people to various art genres.