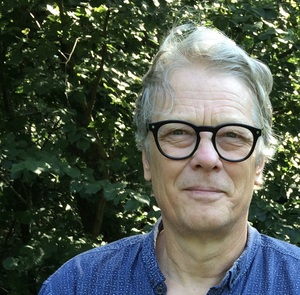 Art has always been a big part of my identity. As a child, I felt at home in the colorful world of image and form. Here, the imagination was free and creativity flowed. I decided to become an artist when I was in my teens. It was not a difficult choice because I have been drawing and painting for as long as I can remember - things from life, society, imagination.

During the 1980s, I attended a private art school in Liège, Belgium, and worked as an apprentice with various artists in Belgium, the Netherlands and France for 4 years.

My painting is colorful and often very rich in content. Each picture tells a detailed story of its own that is based on an inner drive to convey something, a thought, a feeling, an opinion. It's a way of simply communicating, a form of conversation.

Over the years I have had the privilege of exhibiting in various countries except Sweden, Denmark, France, Germany, the Caribbean and the USA.

“An endless ocean with no room”