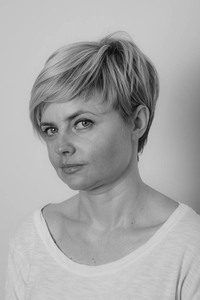 Olga Loschinina grew up in Moscow, Russia, and currently lives in Switzerland. Olga has a formal background in Economics but graduated from the photography school in Moscow in 2014. She presently devotes herself entirely to traveling with her camera where she can capture images and observe, fix, share interesting scenes. To date, she has traveled to more than twenty countries to capture exceptional nature, city vibes and culture. She has toured Africa, America, Antarctica, Australia and countries like Austria, Belgium, Canada, Czech Republic, France, Georgia, Germany, Greece, Great Britain, Iceland, Italy, Japan, Morocco, Myanmar, Namibia, Norway, Nepal, New Zealand, Netherlands, Switzerland, Thailand, Turkey, Russia and Uzbekistan.

Aside from being a photographer, Olga is also a painter who regards herself as a perfectionist; her artworks are breathtaking, inspirational, and creative. Olga has had her work exhibited internationally via galleries in Italy, Germany, France, and the United States

“Temple of the Lord' Grave, Jerusalem”