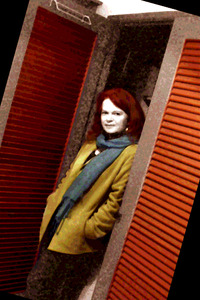 Her work has been exhibited in various cities throughout Europe, including Amsterdam, and Stockholm. Her images have been licensed worldwide. Kay has exhibited her work locally in Southern California in the Long Beach, East Village artist’s community. Kay has been awarded a Mayoral Proclamation from the Major of Santa Monica, California for her work as an artist in residence with the Santa Monica/Malibu School District, teaching math standards through the art of photography.

Through her extensive travels, Kay captures images of the people in local communities around the world in their cultural surroundings. Through these images, she hopes to convey the humanity that we all share, an in the process, hopefully eliminate some of the present stereotypes that are contributing to worldwide unrest.

Kay just returned from Calcutta, where she photographed various charities sponsored by Calcutta Rescue, including a school, clinic, and handicrafts training center.
Kay is currently working on an on-going project with the Ojibwe Native Americans in Minnesota, interviewing the elders to keep their stories alive.

The little plastic camera company produced a plastic lens for use on a digital Nikon SLR. The results are images created with the old school elements of luck, faith, and manual settings.

“Wing And A Prayer”

The ceiling in a shop in Seville, Spain

A cafe in Malaga, Spain

Ramparts on top of an ancient fort in Seville, Spain

A Seville street at night after a rainfall.

David appears at an Italian restaurant in Malaga, Spain.

An old phone and chair on a staircase landing at a Malaga hotel.

A poster announcing a bullfight in Malaga, Spain.