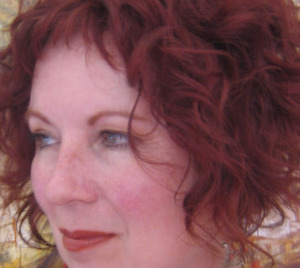 Kohlene Hendrickson was born in 1958 in California. She studied Fine Arts at the Otis Parsons School of Design in Los Angeles. She has had numerous solo and group exhibitions in the USA and in Europe. Her works belong to private and public collections in many countries and have been featured on television in the USA. She is an awarded artist, finalist in the BoldBrush Painting Competition for her painting Double Vision in 2010.

After twelve years of working as an illustrator and art director in Los Angeles, Kohlene returned to fine arts. In 1992 she had the privilege of studying fresco with Frederico Vigil of Santa Fe, New Mexico. His fresco heritage is from the line of Diego Riviera as he studied directly with the apprentices of Diego. Several years later she took a summer workshop given by Accademia Cearite near Rome. This gave her the opportunity to work directly on 16th century walls. While in Italy, she discovered encaustic painting and began to experiment with the technique in an autodidact manner, quickly developing her methods of application which are constantly in evolution.

Professional years in Los Angeles as a visual artist included projects with Geffen Records, Warner Brothers, television, film and music video production companies, art galleries and the fashion industry. Exposure of her nude drawings on the long time running television series Will & Grace has generated a residual demand for her drawings.

After twenty years in Los Angeles, she moved to Switzerland in the year 2000. In 2002 she was an invited artist by the Swiss Artist Association Visarte to participate in the Switzerland National Expo - EXPO 02, held once every 30 years. Her art was part of a post card exhibition in Neuchâtel, and a collective museum show in La-Chaux-du-Fonds. Simultaneously, she had a solo exhibition at the Gallery DuPeyrou in Neuchâtel and was interviewed and aired by a local television station.

In 2004, she was nominated by the Art Club Geneva to be their representative artist with their sister association in France, Art Club Provence. For the following three years she was sponsored as an honorary international artist and had numerous exhibitions in the region of Provence, France.

In 2009 she signed a non-exclusive artist contract with art+plus europe, Paris, France. This offers her an open door to exhibitions and publications in Europe, New York and China.

Kohlene is now living in a medieval village in Switzerland known for its extraordinary energy meridians which has attracted artists, healers and spiritual people for many years.