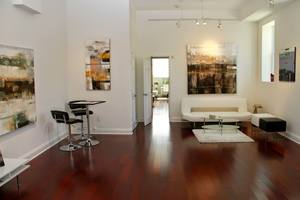 Born and raised in Turkey, Nihal started drawing and painting at a young age. Despite her demonstrated talent in art, she studied physics and nuclear engineering and worked in the software analysis in the U.S. and Canada more than 10 years. The self-trained artist began traveling to art shows and exhibits. She characterizes her work as “the gap between representation and obstruction.” Her work consists mainly oils and acrylics. Kececi’s paintings have transformed alongside her as she has moved through different stages of her life and grown spiritually.

“My works explore the perception of light as revealed through nuance of colors, creating a space between the natural and abstract. Working with the glazing technique my paintings are developed through numerous translucent layers of pigment suspended in thin acrylic layers which, creates an environment of diffused light that remains minimal and abstract”.

In late 2013, Kececi found an old warehouse in the alley off K Street Northeast Washington DC and turned it into a chic and modern gallery that doubles as her residence.

ALFREDO PALMERO is the third generation of a lineage of artists that began with his grandfather, with whom he shared a name and a great love for painting.Since 1991 Alfredo has been holding personal exhibitions in some of the European Cultural hubs in cities like Barcelona, Madrid, Bilbao, Valencia, Brussels, London, Lisbon, Berlin, Denmark Montecarlo, Paris and around the world Qatar, Kuwait, , Hong Kong, Panama, California, New Mexico, Arizona, Miami … with prestigious attendees from diplomatic business, financial, industrial and other prestigious professional communities. The Palmero family has founded two private Museums in Spain, one in Barcelona in the XV century house, and the second in the central Spain. Works of the family can also be found in the private collections of His Royal Majesty King Juan Carlos of Spain or Duchess of Alba de Tormes, Grandee of Spain. His figurative language is influenced by some of the best XIX and XX century European Art influenced by Velazquez, Renoir, Picasso or Klee. The influence of the Mediterranean culture is always present and it is one of his main features. Alfredo Palmero is now considered as one of the most interesting contemporary Spanish artists in the artistic panorama, with a heritage of the traditional European Art, connecting at the same time with the aesthetic of the XXI century. Classic and contemporary bipolar sign a work that the author handles with ease and where stands his personal vision of painting.

Hesso is a Syrian born artist lives and works in Sweden. He is a graduate of Damascus University’s Faculty of Fine Arts, and a member of Artists to Artists Foundation, Toronto. His works can be seen at Hera Gallery in Stockholm, Green Art, Dubai, Orient Gallery, Jordan, Galleri Sigma, Sweden in September 2013 and other major galleries in Europe and the Middle East. Gallery NK proud to represent Hesso in Washington DC at Gallery NK.

The artist is inspired by nature, and his brush strokes create visual landscapes that tell a story. Hesso’s use of color links each stroke, creating a tapestry of human emotions. The discipline that this artist brings to his work is inspiring and is reflected in the beauty and high artistic quality of each piece.