The work of the artist Cornelia Regine Prawitt lives from a cheerful color with hints of Expressionism. They blend visually into the tradition of Art Informel with a convincing own imagery. Her works reveal a high mastery in the mastery of the line as well as in dealing with contrasting color harmonies.
H. M., 2016

Cornelia Regine Prawitt’s artworks deeply reflect the artistic influences she has in her career. As
she states in most of her interviews and talks, Expressionism first and Abstract Expressionism later
played an important role in her development as a painter. Her works are the true representation
of Expressionism’s correspondence between strong colors and sensations, and with her paintings
she found out the path for properly taking out her feelings and her needs.
Her Masters of reference are mainly Emil Nolde, Käthe Kollwitz, Paul Klee and Edvard Munch as
well as Willem De Kooning, Karel Appel and Walter Stöhrer. Their style is easily recognizable within
all the colourful canvases of Cornelia Prawitt. In a part of her artistic production, the lines are
graphic strokes, sharp and clear. They follow the illustrations of Käthe Kollwitz, German painter
and sculptress committed also in woodcut, lithography and engraving, and the graphic works of
Walter Stöhrer.
In other works, the multiplicity of colors, spread into spots, shows the path of the brush along with
the evolution of the artist’s sensations. Cornelia Prawitt shows her capacities of comprehension
and empathy through the marriage between her models and her own style. She joined the
previously mentioned sharpness of some Expressionists’ strokes together with the Abstract
Expressionists’ sense of color and movement, and with the wandering of her hand on the surface,
she arrives at the most mature results of representing a distorted reality, to express her emotional
experience.
This characteristic of Prawitt’s style, in fact, leads her to outline her specific imagery. Dealing with
contrasting color harmonies and both with semi-figurative and semi-abstract shapes, the artist
defines the main cornerstone of all her art: to make the invisible visible.
Her canvases are pervaded by brilliant and sometimes fast colors’ paint brushes and by distorted
figures, that make them look like the great work of painters like the ones of the CO.BR.A avantgarde
movement, the European counterpart of American Abstract Expressionism, formed by
artists such as Karel Appel, who underlined the massive importance of “Starting again like a child”
and leaving the unconscious free to express itself.
Despite the undeniable spontaneity of Prawitt’s stroke, her works are all pervaded by a linear
desire though, since her main focus was always drawing. Even if the human figure and the lines of
the bodies and expressions were her lifelong artistic favourite subjects, her research evolved to
partial abstraction once she met Abstract Expressionism and its approach to colors.
Consequently, mixed media and acrylics became her main media, after oil paints, because they are
more suitable for her work and artistic process, with their quick dry.
Cornelia Prawitt’s aim is to combine the tension and calm of these two different aspects – like
harmony and contrasts - in order to create a whole, an image unit where the opposites attract
each other. Even if it’s not always simple to obtain this, since a single not coherent element can
destroy the entire balance, the final overall result is surprising, as we can see from the artist’s
canvases. It’s like she is revealing something that has been hidden for a long time. “Art is everything that is truly independently newly created by human hands”, said Cornelia Prawitt in an
interview, and it definitely is. It is the same artistic approach used by the Masters she follows; it is
the way the Expressionists emphasize subjective perspective, making accessible to all a glance on
things that was totally unexpected before.
There are energies and forces behind everything living - like the myths or legends are behind
ancient truths - and the role of the artists is to reveal them, and to discover a new and different
reality beyond the symbols and the usual. This way, Cornelia Prawitt is able to really depict the
invisible in visual forms, even the invisible which is undeniably a part of ourselves: “With my
painting I want to lead people into a world that cannot be seen with the naked eye. Because the
invisible also arises from reality”, as she says. 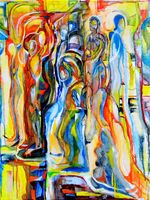 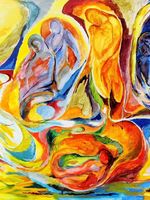 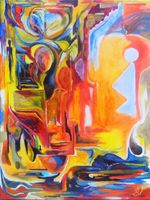 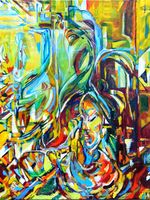 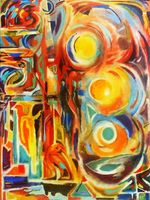 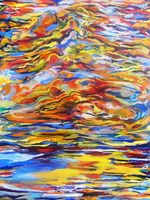 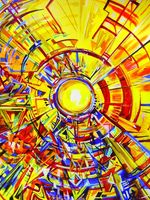 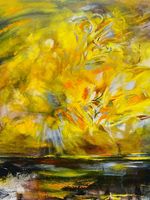 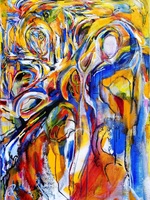 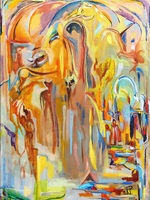 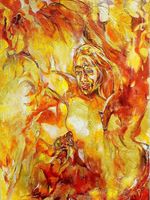 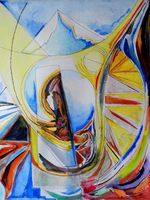 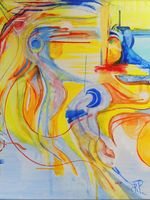 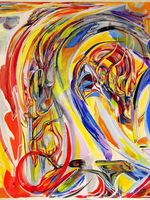 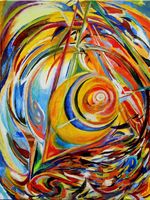 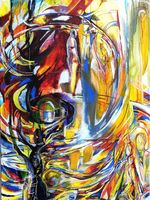 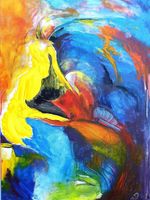 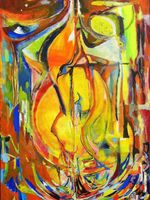 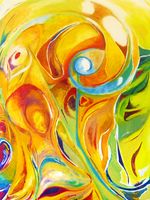 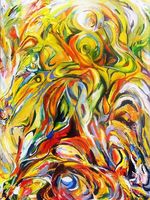 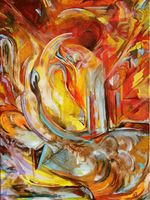 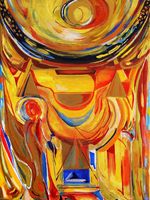 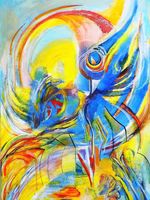 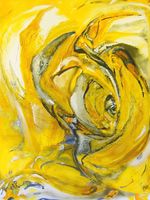 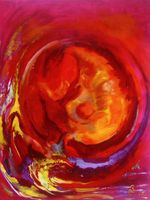 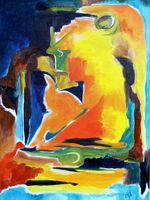 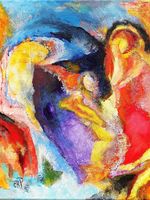 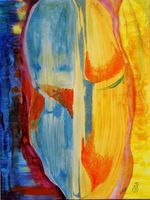 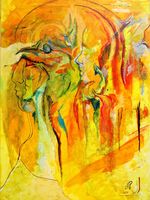 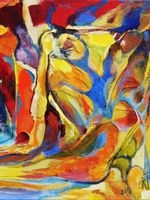