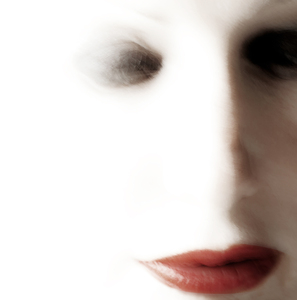 Thalie B. Vernet has a beautiful name as ancient as the time of the reigns of French kings Louis VII and Philippe Auguste.
Despite being the heiress of a military nobility family, Thalie as a young girl has no taste for military arts and turned rather early to creative arts as some others will enter religion. Music, literature and equestrian arts become her daily passions and drive her on the path of a poetry and of a daydream that she never parted with ever since.
Photography comes into her life as it often does, the day she is given a camera as a present, that, as she later confessed, quite puzzled her. Nevertheless, she starts and take pictures that feature generously her cat and her horses …

Once a young woman, Thalie B. Vernet settles in Argentina during a few years. For long, her pictures do not show what is immediately visible anymore but reveal what lays beneath the surface. She keeps portraying her animals, but only to capture the joy she feels living among them but what she fixes now through the lens of her camera is the most predictable and unpredictable animal: the human being.

Each photography tells a story, unique sample of her life, of her days, that she presents to the others with modesty. Nothing narcissistic though.
She processes her photographic pictures as paintings and works on them over and over until she achieves the purest emotion she can feel.

To capture what the eyes express is capital to her, as they are key to vehicle emotions, feelings, suffering … Because a photographer gives as much as the model, Thalie B. Vernet cannot picture pure strangers, as she needs a chemistry, to share laughter and emotions.
Thalie B. Vernet dives into her sensitivity to give life to her pictures, that often reflect the paradoxes of her personality. She often says, laughing, that she would not be able to ride her horse were she not be wearing make-up on her face, and still, she plays with her masculine looks due to her hair cut very short in order to make her way in a world often made of men.
Driven by these logics, her logics, she gives total freedom to her dark sides or her angers, and appreciates thus to work on societal matters such as the discrimination against homosexuality or the silence still too heavy when it comes to violence made to women, two topics truly anchored into her heart.

Not advocate nor lessons giver, Thalie B. Vernet creates silent images that release, when one looks as a second instance, some screams shuttered below the flat surface of her photographic print. Et because she is a joyful woman above all, she also captures the plain happiness that show no asperity and give it a depth that lifts it far above all kind of superficiality or inconsequence to which one matches too often simply happy people with.