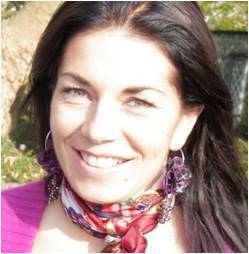 My "adventure" in the art field started with the reproduction of some great masterpieces of the past, works by classical and modern great artists such as for example Leonardo da Vinci, Michelangelo, Salvador Dalì, Tamara De Lempicka, Gustav Klimt, ecc.

I think this type of activity, although it lacks the originality of the idea because we are speaking of “art copies", however, is a very exciting and effective way to extend the artist’s "technical knowledge" because he/she can test styles and methods completely different from each other, ranging from classic to contemporary artists.
This allows the artist to increase and improve his own sensitivity, the ability to understand the nuances and the details that make the work unique, refining, in this way, the spirit of observation.

At the same time I think that to be successful in reproducing the great masters’ works "as closely as possible" represents not only a real "challenge" that constantly puts the artist to the test but also a way to enjoy the emotions they offer, providing a "small private sample" of what you can admire in the great museums ... ..

From this exercise of "observation and reproduction" rose the curiosity to try out also one of the painting areas which I’m mostly interested in: the Hyperrealism, to represent either subjects I love for their aesthetic impact, or subjects that "exceed" the simple "external beauty" and reach a deeper meaning, representing a sort of message for the observer ....
….but always trying, from a technical point of view, to reproduce reality in every detail ...

Finally, a third area I’ve just decided to "experiment with" is actually "the opposite" than previous ones and it consists in completely abstract works, performed "straight off" and coming either from ideas offered by nature or from pure pictorial instinct left free to express, just playing with colors ...

I think art is pure emotion and it should convey emotion both to those who practice it, and those who observe it ... .. It’s something that wants to make you dream, to take you away into another dimension every time you need…. It’s something that helps you to cheer up when you're feeling down ... .. and that is what I am working on.

“The Sands of Time”

“reproduction of “Dream caused by the flight of a bee around a pomegranate, a second before awakening” by Salvador Dalì”

“reproduction of “Girl with red hair” by Toulouse Lautrec”

“reproduction of “Water snakes I” by Gustav Klimt”

“reproduction of “Venus” by Lorenzo Pecheux”

“reproduction of “Fruit Dish with peaches” by Fede Galizia”