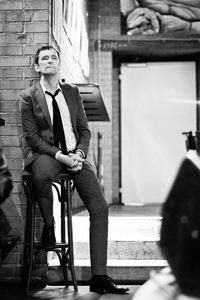 The artist also working as actor saw more than 200 towns on his tour and a lot of train stations, where he took the images of travelling people