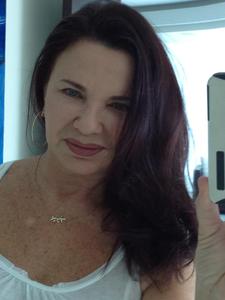 Deborah Louisanna De Franko Levy was born in Istanbul, Turkey . Her special talent was noticed in her early childhood when she exhibited outstanding skills and sensibility in drawings and colors. Her life took her from Turkey to Austria to Israel and then Venezuela. During her first year at the University in Israel, she was introduced by a roommate and best friend until today, to her first set of colors and some canvas. This marked the first step in her artistic career.

While developing her unique artistic talent in Venezuela she studied architectural design and fashion design finishing with both degrees of specialization. The techniques she employs in her work are a recipe of life experiences, unique techniques and formal training all culminating in some of the most sought after original oil paintings. Dedicating herself full time to her biggest love: painting, she has made a mark in the art world; her works are sold and admired in Venezuela, the United States and Colombia. Being very selective of where her work is being shown, only a few galleries are exhibiting her work. One gallery in each of Curacao, Caracas, New York and Chicago currently are approved galleries. Her first work in Curacao was a mural 20 meters x 4 meters located in Scharloo Abao. Since then she has been working in a series of romantic paintings in which "the mysterious woman" meets Stadherstel monuments in Curacao as frequently visited streets and buildings. A second mural was commissioned in Franklin, Indiana, U.S.A. when a local shop owner sought out Ms. Levy to do a special mural. And due to the influence that that Mural had on the people of Franklin, she received the Key to the City and the title of honorary Mayor of the City of Franklin. At the present moment she is the owner of Gallery57 in Highwood, Illinois were she promotes artists from all around the world, and at the same exhibits her work.

“A can with a brown bag”

“The black Rose and the Brown Bag”