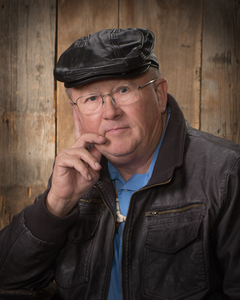 William Johnston is an abstract expressionist known for his distinct, fractal-esque style that works to “fill the mind with inspiration.” His paintings are multifaceted and resemble both landscapes and portraits, although they firmly remain in the realm of the abstract. Johnston states that “thousands of images are found in his work,” hinting at the resolution and depth that characterize his paintings. This depth is emphasized through the intense marbling Johnston applies to his oil paints, which allows him to retain the lively, saturated quality of his work.
In his attempt to capture an almost Biblical grandiosity, Johnston has turned his work towards both the organic and the synthetic. His intricate patterns hearken to the natural complexity of organic forms while also insistently hinting at the future possibilities of the digital world. Aesthetically and thematically, Johnston shows the influence of the vast landscapes of the American Southwest. He has become ‘America’s Artist.’

His artwork introduces a new form of oil painting that includes the technique of Jackson Pollock, the charm of Vincent Van Gogh, the reflective imagination of Claud Monet and the free style of Gerhard Richter. It is said he paints with a divine heart and calls the viewers to search down deep for meaning. History will record that he has captured a spiritual reflection in his paintings and that he has taken a ‘Leap of Faith.’ These are truly remarkable paintings the likes of which have never been seen or felt before. Exhibits include Banks and Educational Institutions, The Seven State Biennial Exhibition, The Nesbitt Gallery, The Charles B. Goddard Center, The Red River Museum, the 50 Penn Place Gallery in Oklahoma City and Agora Gallery in New York City.
William Johnston drew as a young man and painted landscapes with watercolors but did not oil paint until his early sixties when he completed many of his best known works: The Card Players, Heaven’s Gate, The Grand View, Water lily Pond, The Last Supper, and The Sower to name a few. During his late sixties he has produced more than 300 oil paintings, including his abstract expressionist paintings and his books ‘Vincent Van Gogh’s Leap of Faith,’ ‘The New Jackson Pollock,’ ‘The Van Gogh Charm,’ ‘Oklahoma,’ ‘The Invitation,’ and ‘The World’s Most Amazing Paintings,’ all available on Amazon.

This oil painting shows Van Gogh with reflection from the cut glass windows of the old Methodist Church in Fairview, Oklahoma