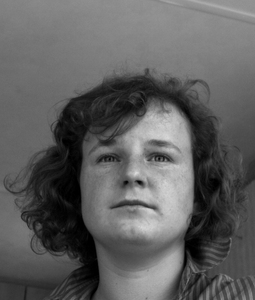 I was born on february 11, 1984 in Poland.I grew up in the
countryside. After 8 years of elementary school I decided
to go to the Private Salesian High School in Czarny
Dunajec. After finishing my high school in 2003 I went to
Belgium, where I began the study ar Royal Academy Of Fine
Arts in Antwerp. I did four years, specialization in
photography.
Recently I am busy to create work which is graphic and
photography in one.
thanks to this technique, I got freedom of creation.

Who is Magdalena Kaczmarczyk?
She is a budding artist but with ambition and selfconfidence.
She is a Polish artist who lives in Belgium,
studied four years at Royal Academy of Fine Arts in
Antwerp, besides taking photographs, using post
processing softwares, she is a huge lover of classical
music.
Her works are always based on photographs and
processed in ps. The works look mostly like paintings.
Every work of her can be maximum 5 reproduced and is
printed on high quality of photo paper. The size is
mostly 20x30 cm. there is also possible to buy a work
that can be exclusive and never duplicated.
Every work is signed and dated so you are sure that is
unique and original.