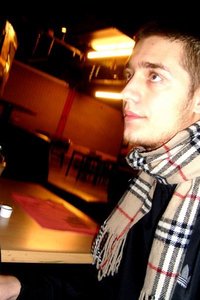 He is creating art during the last seven years. He had a number of solo and group exhibitions.

So far, he has exhibited his work all over the world (New York, Miami, Los Angeles, Oregon, Taiwan, Sarajevo, Mostar, Moscow, Sidney and Venice).

He was one of the finalists in the Art Revolution Taipei Competition in April 2014.

His works were selected by the world-famous group see.me and exposed to Times Square (July 2014).

Mind Magazine in the US has awarded Rikardo’s work with the second place in 2014.

He is winner in Art competition “Pure abstraction“ in New York-Gallery 25N (October 2014) .

Everything l draw , l draw by hand and additional processing in photoshop . All my works are unique from head and nothing is crossing out.

My work represent me, especially my subconscious. I rarely have a plan of what I am going to draw.

Most of the time i just take a pen and draw

Main interest is in the field of illustration and digital art, but of course have the real interest for other types of art!

All works are printed on canvas.

“Dark side of my room”

“Kiss her while she is asleep”

“The process of metabolism of a yellow giraffe”

“The tailors of fortune”

“the flight of icarus”

“Where have you been”

“Where is the exit”