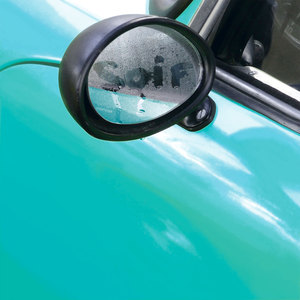 Jaja discovered during her childhood the comics Tintin by Hergé and became fascinated by its drawings and sketches. They are the reason why she decided, later on, to take evening classes at the Ecole des Beaux Arts in Grenoble where she learnt the art of drawing and the subtleties of color associations. At that time, she realized that sketches and colors would be essential elements in her creations.

It first led her to work for home decoration companies, such as Toulemonde Bochart, a modern rug company for whom she worked from 1991 to 1995 and created especially a model called "Aztèque" in 1991. At the same time she was working on her own creations and on finding her personal style. She started introducing numerically modified photographs in her paintings in 2003, with Au musée. The range of possibilities offered by this technique opened her eyes to new creation opportunities. Since then, she has been creating digital pieces in which she introduces sketches drawn while observing others, wherever she can take out her drawing pad and her pen. She sketches the future characters of her pieces in coffee shops, in the train, in the subway, at museums.... She captures their behaviors and expressions in a concise and fluid drawing style. In 2003 she also started creating sculptures, as a continuation of her two initial passions, sketches and colors. She says that she "draws in three dimensions".

Jaja works with several medias and materials to create both her sculptures and art pieces. Her goal is to reach simplicity so as to focus the public attention on the essential part of her message. Her creations can be described as graphic hints that encourage viewers to look and smile at situations they encounter in their everyday life.… Bright or gentle colors, discrete or conspicuous, play a major role in her compositions, adding light and perspective.

She took part in major collective exhibitions such as the Salon de Montrouge (Montrouge Art Fair) in 1999, 2002 and 2003 and CUTLOG 2013 in Paris. Two of her art pieces are permanently shown in public spaces: Le fantôme du jardinier (The Gardener’s Ghost), a sculpture in the Castle of Cangé's Park in Saint-Avertin (France), and Le rêve (The Dream), a 98.4 by 82.7 inches painting in a nursing home of Beaufort-en-vallée (France).

She also received a Bachelor’s Degree in Fine Arts from Panthéon–Sorbonne, Paris I University in 2002.

Jaja hasn't uploaded any images yet. Please check back soon!