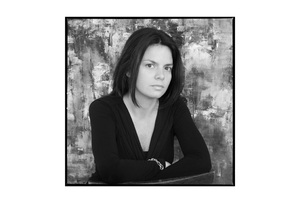 Art has always been her passion and refuge. As a youngster, she started her training in art workshops in Buenos Aires.

In 2002, she decided to commit her life to painting. As a result, she moved to Madrid where she was a student in the workshops of the Taller del Prado and later in Isabel Gomez’s Studio.

In 2004, she returned to Argentina with her family. In Buenos Aires she met artist Rebeca Mendoza in whose Studio she stayed until 2015.

In 2015, Veronica sought advice and new perspectives. She then decided to join Ariel Mylarzewcky‘s Taller and the Grupo Boedo.

Veronica has exhibited lithographs in Arte BA in the Centro de Edicion Galeria, sponsored by Natalia Giancchetta. She has also participated in individual and collective exhibits in Buenos Aires and in the Affordable Art Fair en New York y AAF en Hong Kong.