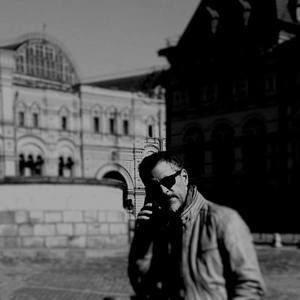 Luigi GIACOBBE was born in Gioia Tauro (Italy) on the 2nd of February 1962. He completed his studies in Art in Rome and Paris. In the early ‘80s he exhibited his graphic works in the Italian capital and participated as a guest in the exhibition “100 Pittori di via Margutta". In 1985, with "L’Arte della Fantasia”, were born several pieces that would become the conceptual basis for all his art in constant metamorphosis between the real external attraction and the Artist's inner fantasy. In 1989 he moved to Paris where he lived for five years, participating in numerous French artistic events, including the "Salon d'Autumne" and the "Salon des independants" at the GRAND PALAIS. His works are part of permanent exhibitions in a number of galleries in the French capital. In 1994, he moved to Japan. Here his works show the influence of the culture of the Land of the Rising Sun. The colours strongly contribute to the birth of the few but accurate graphic works where the figurative seems to rule. In reality, it’s the colours in their infinite variations that mark the time. In Tokyo, for the first time, the Artist shows the general public a series of sculptures (triptychs made of Plexiglass - columns of 85 cm, containing fragments of monotone electronics) homogeneous and representative of a modern country, whose technology has marked and influenced the cultural relationships of the whole world. In honour of the Italian Artist, the MITSUBISHI-BANK showed his work for a month in one of the largest commercial storefronts of the world, the "GINZADORI" in Tokyo. His works were admired by thousands of Japanese. His stay in Japan lasted until 1999. In 2000, after his 5-year experience in Japan, he moved to Moscow, Russia. His daily images were enriched by the colours of this great city. His residence, seven hundred meters from the famous Red Square, allowed him to enjoy the history and live its emotions. His stay would also be characterized by a deep interest in Soviet Art (Soviet Realism) that would bring him to put together an extensive private collection of works by painters who lived through the transformation of the Soviet Union into the new Russia. The Artist made Russia his home for three years. During this time, he did intensive research that gave him a wealth of unforgettable emotions, the reality of Soviet Painting, the realism of an art lived fully, described by often unknown masters. GIACOBBE arrives in Seoul - South Korea in 2003. He spent five years rediscovering the Material connection with the Art of all time and exhibits his works at Gana Gallery and Galerie PICI. The Artist develops with intensity a number of large works, deliberately including in the concept of the three forces — "Graphics, Painting, Sculpture” — a demonstration of a freedom that often belongs only to Art. His works are visually striking and show the artistic evolution and the material perception of his FANTASY. In 2008, he moved from Seoul to Manila, in the Philippines, where he exhibited his works at the AYALA MUSEUM, completing with success several projects that still connect the artist. Since 2015, Luigi GIACOOBE has been living and working in Hong Kong