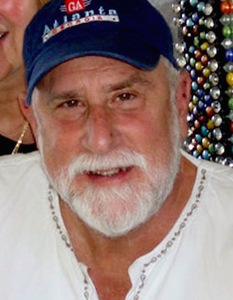 1965, Received an M.F.A. degree in painting from Rhode Island School of Design.

1966 to 1971: Created a series of fifteen motion picture shorts, distributed by Cinemateque 16.

1968 to 1971: Relocated to Los Angeles to pursue a career in motion picture and television. I coproduced and directed “The World is Just a ‘B’ Movie,” which had a short theatrical run in Los Angeles, CA.

1971 to 1987, Worked as a film editor and photojournalist for NBC News in Chicago, IL, and Atlanta, GA. I was privileged to cover breaking news events around the world, which included national and international politics, civil rights demonstrations, natural disasters, human conflict, and combat. All of which aired on the Today Show, Nightly News, and NBC News Magazine. My work received national Emmy’s, the Edward R. Morrow Award, and the University of Georgia’s prestigious Peabody Award for Excellence.

2000 to 2005: Lecturer, motion picture and television production at University of Georgia’s Grady College of Journalism and Mass Communication.

2005 to 2010, Worked as a television news consultant and trainer for Intelligent Media Consultants, Inc., Through IMC I helped to launch of a series of 24-hour independent news channels in India, Pakistan, and Serbia.

2005 to 2010: Collaborated with Leonard W. Poon, Ph.D., Professor Emeritus at UGA’s Institute of Gerontology for the production of a series of video documentaries on successful aging.

I continue to exhibit paintings, digital works, and drawings in one-person and group exhibitions throughout the United States.

2014 and 2015, I received first place American Art Awards in the category of digital abstraction. I continue to show work in region and national exhibitions.

March of 2016 I had a solo exhibition of 42 paintings at the Jewish Educational Alliance in Savannah, GA.

My art is included in many private and public collections, including the Museum of Contemporary Art GA, Atlanta Arts Alliance, and the High Museum of Art.

“Woman on the Shore”

“Genesis: In the Beginning...”

“Genesis: Creation of the Sun”

“In Time All things Change”

“Seekers in the Light”

“Genesis: Evening of the First Day”

“Beauty and the Beast”

“An Affair of the Heart”