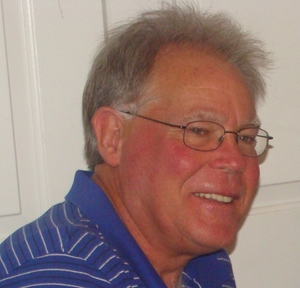 Ron Larson paints what he feels. With an art career spanning 40+ years, his philosophy is that everything presents itself as art. "Sometimes I use the bold colors of oil, and sometimes the softer feel that watercolor offers, but always finding contrasts, where there are deep, dark shadows and striking reflections of light. I spend my time in nature looking for places that speak to me, that give me a special feeling of peace and beauty. I usually don’t know when or where the feeling will come, and at times I have thought I was going to do an oil painting, but found nothing would work until I focused on doing a watercolor instead. Then, as everything would come together, I would know the timing was right for that particular art to be revealed.”

Ron has been in numerous juried shows throughout the United States, and has won myriad awards and recognitions, most recently winning Best of Show from the Outdoor Painters Society’s Associates Online Exhibition with entry into the 2016 Plein Air Southwest Salon at the Southwest Gallery in Dallas, Texas; Merit Award at the National Oil and Acrylic Society's Best of America Exhibit at the Addison Art Gallery in Orleans, MA; Honorable Mention at the Oil Painters Society’s 2015 Salon Show Juried Exhibition at the Beverly McNeil Gallery in Birmingham, Alabama; and being a finalist in Southwest Art Magazine’s Artistic Excellence competition for two years running, 2015 and 2016, with a half-page interview feature in their December issues of the magazine. Ron’s most recent events include the Grand Canyon and Zion National Park Plein Air Invitationals, having four paintings chosen by the University of Utah in their public art call, and his most recent large project was an18-month solo show at the John Wesley Powell Museum, “Vistas and Visions of the Colorado Plateau,” which featured approximately 45 of his paintings, a looping powerpoint, and the work-in-progress building of an interpretive book, explaining the geography, history, anthropology, geology, biology, and archeology of the Colorado Plateau – also highlighting his art, which is slated to be published in early 2017. After its time in Arizona, the Vistas and Visions of the Colorado Plateau exhibit was then invited to the George S. and Dolores Dore Eccles Art Gallery on the Salt Lake Community College South Campus, where it had its Utah debut in July and August 2016. It's third showing will be when it travels down to the St. George Art Museum in St. George, Utah for three months beginning August 28, 2017.

Ron explains: “Art, both its creation and the experience of enjoying it, is a wonder that can heal the soul. As a landscape painter, I feel a closeness to the natural world, and if my art can help people to connect in a deep and meaningful way to the beauty that surrounds us, my hope is that people will have a greater desire to protect and preserve this beautiful planet. All of my art is meant for such an outcome, and I experience a great satisfaction when someone feels something from my art.”

Shown here are a few of Ron Larson's most recent works. Ron sells his art across the United States, Canada and Europe, and it is owned in public, corporate and private collections. To see all his works, go to his websites at www.ronlarsonfineart.com or www.11thstreetgallery.com or contact Ron at ron@ronlarsonfineart.com and 435-773-8780

This painting is done from rock formations on the main paved road through Capitol Reef National Park in central Utah. Most of the time, Ron's art focuses on the pristine landscape alone. Sometimes, however, something else needs to be added for perspective. For example, look closely at this painting. Do you see the car? Does it help give a better idea of the absolute grandeur of this location? And doesn't it make you want to GO there?

This painting is 36x48, oil on canvas, by Ron Larson

This painting is 7 feet by 4 feet and was placed in the entryway of a large company's corporate offices in Southern Utah. It is a painting of the sunrise at Navajo Canyon, off Padre Bay, at Lake Powell, at the Glen Canyon National Recreation Area, in Utah.

“Morning Light on the Rim”

Sunrise in freezing temperatures can be difficult; but in this case, waiting for hours for that perfect moment when the sun's rays which have begun stealing across the canyon have reached their most intense point, was worth it. The canyon seems to glow as it is lit up by the sunrise at the South Rim of the Grand Canyon.

This painting is 24x36, oil on canvas, by Ron Larson

The bristlecone pine trees are one of the oldest living organisms on earth - estimated at an age of up to 5,000 years old. They are also notoriously hard to get to -- requiring intense hiking in formidable circumstances. These "ancient ones" are located in the Great Basin National Park in Nevada, at the top of a mountain ridge, surrounded by cliffs, and growing directly out of huge broken rocks. The hike was worth it, though, as was waiting for the sun to light up the cliff face and the trees themselves.

This painting is 30x40 and is oil on canvas, by Ron Larson