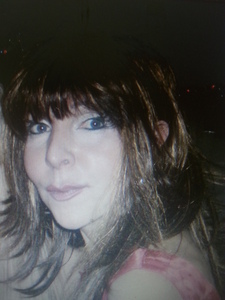 Andree Amarica is an accomplished artist whose paintings have sold in Europe, USA, Canada and the Caribbean. She has been prolific for the past eighteen years specializing in acrylic, ink and collage. Andree was born and raised in Quebec City, Canada. She grew up in a family very involved in the performing arts. In 1991 Andree moved to Europe and began her painting career inspired by the blessings of a great spiritual master.

Upon her return to Canada, Andree started painting full time and with intense inspiration created an impressive body of work. In 1997 she joined a Cooperative of Artists, called Enriched Bread Artists (EBA) where she was a member for three years.

Everything in the life of Andrée is art. All angles perceived in nature, from the bottom of the oceans through the earth all the way up to the skies through her eyes become beautiful abstract paintings. From the microcosm to the macrocosm, abstraction defines creation. That explains why her inspiration is forever prolific and her imagination is limitless. The most important element in her creations is the joy and elation she experiences every time a new work comes out of the infinite field of possibilities, leaving her almost perplexed and surprised of the end results as if there was a total detachment from it all.