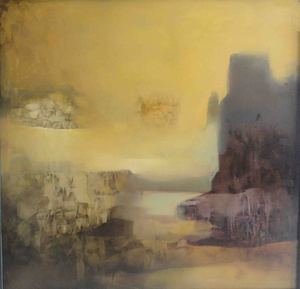 The garden of stark fantasies

Suprabhats paintings speak of a world that is shimmering at the borders of our understanding. his liquid forms vibrate with meaning that is created at the edge of reason on the boundaries of a technology driven culture that has destroyed forests, resulted in wars and sylvan meadows quickly transforming into the garish colour of neonlit skies and laser swept emptiness. His works tread the contested space between the real or knowable and the impressionistic landscapes of subjectivity and a surfeit of meaning that ever haunts the observer.