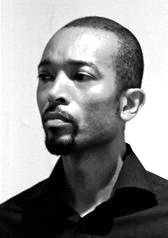 David Emmanuel Noel is primarily a visual artist with a wealth of experience collaborating with musicians and performing acts. As a painter and illustrator, David has taught art and worked closely with a number of public facing bodies such as New York’s Groundswell Community Mural Project, the UK Department of Health, National Network for Art in Health and the National Society for the Prevention of Cruelty to Children with an aim to promote the social and therapeutic benefits of art in public spaces.

'I'm inspired by life and the people in it! I find all art forms therapeutic as they offset the everyday challenges we all face and set the spirit in the right direction towards a balanced self. Art is reflection of the world around us. I find inspiration to be creative sometimes at the most unexpected and surprising times. I guess I'm most inspired by my peers and contemporary artists. I think we all have the power to inspire and encourage each other beyond our self imposed limits to be both happy and creative!'

Selected CV and current activities:
Currently working on a new portfolio and collaborations.

The Philadelphia Museum of Art- Philadelphia, January 2017
One day installation of music and visual arts celebrating African music and culture
with Darryl Yokley & the Sound Reformation.

A small selection of figurative and abstract works. Please contact the artist for further information. www.davidemmanuelnoel.com

“One Half of a Symbol”