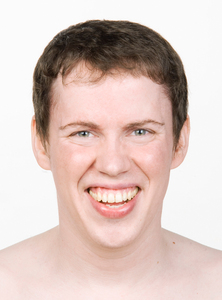 Toni Kitti (b.1975) is an artist based in Helsinki, Finland.
He has graduated as a Master Of Arts in Photography in Aalto -university in Helsinki. Toni Kitti's main media is photography but he has also made video and istallations. He has previously participated in group exhibitions in Finland and abroad.
This spring, 2017, he has his first private show in Helsinki. It is called "The Persistence Of Plastic".

The basis for Kitti's art is his love for plastic. With the pictures of plastic items and self-portraits he deals with the very basic questions of being a human: life, death, joy, shame, survival etc. Toni Kitti got sick with AIDS in 2012 unknowing of the infection and actually not believing in the HIV at all after having fallen into internet false media about the subject years before. After barely surviving the disease AIDS and HIV have been a major theme in his work.

The Persistence Of Plastic

I love plastic! Plastic is immortal because it does not decay. How ever, I do. In 2012.09.27 I was hospitalized in Berlin being very ill. The diagnose was a full-blown AIDS.

I spent two weeks out of this world in hallusinations caused by the fever and shock. When I returned to my senses I had to realize that my life had irreversibly changed: I was HIV-positive, and had a serious pneumonia. My prognosis was very uncertain. I stared death in the eyes for months.
AIDS brought me the kind of diseases which could be cured by medication. I survived and the doctors reminded me that I was lucky. Anyhow I had to pay a high price for my luck. AIDS also brought me a cancer called Kaposis Sarcoma that causes red cancer lesions on my skin. They covered my body from head to toe. I turned into a horrible monster that was marked by death. It has been over four years since I got sick but all the lesions on my limbs have not yet faded.

My document about Kaposis Sarcoma is internationally unique and unseen artwork because this subject has not been documented anywhere like this. The reason is that the artists during the AIDS crisis in 1980’s-90’s simply died before they got to reflect their sickness in their art. Other reason is that nowadays the condition is very rare at least in the western world.

Shame kills life. I was down that path too, until I got sick, and I had to face myself completely naked. I just coud not cover myself anymore. I had done things that were considered shameful and from which deeds I could see marks on my skin everytime I looked at myself. As a member of sexual minority I had been ashamed of things that one should not be ashamed of.

However, the more often and more openly I looked at myself I learned acceptance. I learned to accept that I had acted very stupid. I learned to accept that this is who I am. I also learned that the only way to get rid of the shame is to talk about it openly. People live in shame all the time for big or small things when they should just face themselves and ease the burden. I know I am a far more solid and stronger person now than before my illness. Life is here and now, and you have to live it fully, without shame, smiling , in order to make it worth living.

Also plastic causes shame. As one major factor in the pollution crisis plastic causes very negative associations in people. I love plastic! The Persistence Of Plastic is a series of photographs about life and death and it’s marks and traces.

I have taken all the pictures with my mobile phone camera, except one shot. The pictures are like selfies that the plastic objects would take of themselves smiling wide! The picture quality can be questionable as in larger prints you can see the pixels that are like cells that create a living dead organism, the photograph. The digital processing is also harsh: In my self-portraits it is as if I was torn off to the stage. Yet this is how it has to be because life is harsh. It tears us apart and after that it laughs. But when I am at my best I am right there and laugh with it!