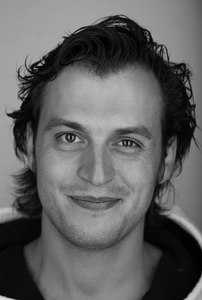 Born in august 1986 in Moscow, Kostya August currently lives and works between Asian Region and Russia. Kostya August is a contemporary artist who works in his own unique style which differentiates him from others.

His love to art started from street art, when Kostya became fascinated with the role of graffiti in modern culture and really saw a gallery outside. In 1998 he drew his first paintings on the street walls in Moscow. Later the artist assumed the nickname “August” that means a month of his birth. He also creates his visual logo to use as a signature that symbolizes his favorite season – autumn, he chose “a yellow maple leaf”. Without official record, the first claimed sighting of his signature “maple leaf” occured in 2005. The artist began visiting other major cities around the world, painting similar branded “leaves”. Each time he put a new piece in the street, as it was like a memorable exhibit. Each location is carefully considered, and many are regularly revisited and maintained. His view is to feet in with the immediate architecture and location. Kostya makes for an odd figure in the world of street art.

Kostya’s development as a full-time working artist began in 2013 when he moved to Asia where he discovered that his true passion was painting and installations. After dabbling in street art, Kostya August began showing his works in galleries. These showings allowed him to experiment with more detailed, permanent pieces. One of the artist’s most important innovations was “Postpattern” that he creates using the shape of maple leaves. He uses leaves inside compositions of his artworks, playing with them in different ways. Kostya designs his paintings from leaves, creates from them abstract forms, real images. He blends, combines, cuts, sculpts leaves. And it’s one of the main features of his artworks.

A leaf is not just a pattern, it becomes his unique logo, that clearly identifies him as an artist. His “leaves” inspired hundreds of imitators and helped to establish him as a serious artist.

Besides paintings on a canvas, Kostya August designs installation with philosophical sense, using sharp social topics. It affords him a direct, immediate connection with the public. In a sense, he plays upon the conditioned public, testing its blind adherence to the everyday logos and icons in their lives.

Kostya August never stops experimenting with tools and techniques. Each new project entails a search for its proper media of expression. Exhibitions allow him to stretch out and display efforts that are more polished than his street work, but his artistic concepts remain rooted in well-known symbols and objects.

Commercial success has driven the signature “Maple Leaf” into the realm of apparel, accessories, toys, furniture. As much as Kostya – the graffiti artist achieved street popularity, he has achieved entrepreneurial success with his flair for underground chic. He has created designs for fashion and furniture brands.