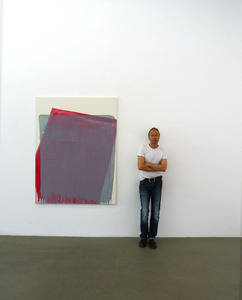 recent group of woks with neon

Since 2004 Marc Schmitz works with his installation project Spaces. On the occasion of the Biennale in Busan he developed a walk- in sculpture that allows for a new and unusual experience of space within a lively environment. Having entered the sculpture, the visitor perceives only the light blue interior of the funnel and the sky. In the next years Marc followed the eternal idea realizing his Spaces in Ulaanbaatar (2005), Mongolia and later at Sculpture Quadrennial Riga, Latvia 2008, the MoMA in Shanghai and Land/Art in New Mexico U.S. 2009 Marc Schmitz suspended this form into a mesh structure (Spaces N 5, Baku) Azerbaijan 2009 Academy of Arts and on the occasion of artist in residence at Yatoo Biennial in Korea. His work was supported by institutions as ifa, Goethe Institute etc. and awarded with the first prize for Art For Expo 2000 World Expo in Hanover, Germany, and in Cairo, with the special prize of the jury, 10th Cairo Biennial, amongst others. Throughout Marc’s career he has established himself successfully with a wide range of international collectors.