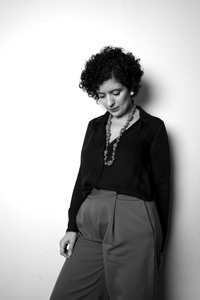 A philographer may’be… (where philosophy meets photography) That's who I try to be. Every photographic image is just subjective storytelling. Thinking and reflecting with a personal photographic drawing.

Faryda Moumouh invites you in her visual world of memories, constructions,reflective images, ideas, objects,impressions, stories, symbolic interpretations, metaphors, visual narratives to communicate and make a connection with what's going on outside and inside. Her work is silent and isolated.Creating narratives and dialogues, inspired by life and reality itself but also literature, philosophy and her experiences,reconstructed and re-thought all over again. She sees each image as a window to look at.

A philosophical view or frame. She's a self-made woman, strong in mind. She fights for her place in the world. Her roots are influenced by Moroccan and Belgian story-lines. It's the daily context that defines her personality. Struggles made her stronger in going for her views, thoughts and ideas. Being human in a world, being an artist in this world, reflecting about time, history, past, future..Inspired by literature, film and music. She creates her own diverse photographic images or like she calls it " photographic drawings". With different views and references.

Being a stranger in a world who's changing in a strange way. Feeling disconnected, a stranger or l'etrange, making images... reflections, manipulated and reconstructed with digital and analogue tools. Making a new photographic drawing. Every image is a introspective view of the world outside.

Creating with darkness, making black images without artificial light. Just nature as a source of light. Dark on dark, black in black, making a photograph in pure darkness. Was nominated for the Photo Event 2016 and presented at De Garage.

Darker as ink, looking in a moment, time gone, timeless, no more awareness. Just a lost and silent moment in time. Lost places, without connection, without a name, just non-places...being lost in a place.Staring in a world for nobody's. Unknown, silent, illegal, quiet, without a story to tell. Because who will listen?

No one is an island

This work finds his inspiration in a very old poem of John Donne. 'no man is an island' I've read his words and felt connected with the idea of no one can be on it's own. Everybody is connected with a past, with genetic information, with a family, with an origin,... all connected in this world as one race being human. Having the freedom to travel and walk like one on this blue sphere, just hanging there in the dark universe. Living and thinking in borders, walls, fences...making everyone disconnected in a global world. This is my metaphorical interpretation of this old poem.

'No Man is an Island'
No man is an island entire of itself; every man
is a piece of the continent, a part of the main;
if a clod be washed away by the sea, Europe
is the less, as well as if a promontory were, as
well as any manner of thy friends or of thine
own were; any man's death diminishes me,
because I am involved in mankind.
And therefore never send to know for whom
the bell tolls; it tolls for thee.

No man is an island, entire of itself; every man is a piece of the continent.

When my father died, I started to look for images.. of my father of us, but I discovered that i almost had no picture. Me as a photographic artist, discovering no memories in pictures.. Why did we've lost our memories in the past by having no pictures? What is the power of a picture, what is the power of an image, what is the power of a photograph? I only could find this old polaroid. It was made in 1980. There is bad lightning, dark shadows, just discovering silhouettes of me, my father and a little uncle of mine, who was even younger than me.. Taking in the mountains of the RIF in Morocco... The memory is gone, just like the polaroid. I try to restore this image in memory and in pixels...

Invisible grounds is an cross-over work where the ground of my father's land is crossed over with the ground of my mother's land. Everybody is so connected with their ground, land and feels it's roots into the ground. I feel home everywhere but not with any ground of a country. Even not Belgium or Morocco. It is just an accident, it happens,...The ground I like to walk on is everywhere and nowhere, invisible. De ethnic identity is just a small part. So connecting those images, layers putting together, makes my ground. We are all formed by different grounds...visible and may'be not?