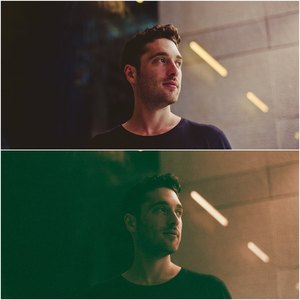 Throughout my practice in the field of photography, video, sound, spatial installations, and curating, I find myself in a constant search for evasive moments of encounter. Moments of in-betweenness, which is at times beyond the reach of language, in which a clearing (Lichtung) could open, and an aura might appear.

As part of a research process following the thoughts of Walter Benjamin, I began experimenting with lensless digital photography (single and multi- pinhole), in an attempt to photograph as if from the point of view of the Angelus Novus. The Angel of History, who faces the past with his back to the future, “looks as though he were about to distance himself from something which he is staring at”. He sees the catastrophe in front of him, but cannot pause and repair what was broken, because the storm of progress pushes him away into the future.

The duration of exposure mimics the movement of the angel - staring ahead while being pushed away into the future. The attempt is not to capture the decisive moment, since pausing is not a possibility, but the movement itself, while the lack of a focusing apparatus moves the image away from the clear and defined towards the uncertain and fragmented. This fragmentation and distortion, as well as the black and white colour scheme, creates a sort of stop, a caesura, in the everydayness, through which the past can can be revealed. My most recent experiments with multi-pinhole photography are another step in this direction.

Since moving from Jerusalem to Berlin over a year ago, this perspective, this filter, guides my wandering through the city, within the ruins and fragments of history, attempting to turn the (ethical) look back to the forgotten (or, to a forgotten). Trying to open a crack into what was, while Remembering Forward.