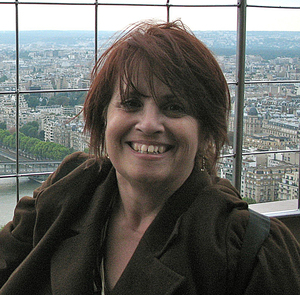 Born in Santa Clara Cuba I came to the US in 1961 on what was called The Peter Pan Flights. Unaccompanied minors were brought to the US in the hopes of expediting their parent’s exit from Cuba. I was one of the lucky ones as my parents followed me within 4 months.

I have always drawn and painted. As a child I made my own paper dolls and solicited input from the adults as to what they would like me to draw for them. As I grew I became very interested in illustrators like J. C. Leyendecker, Normal Rockwell, as well as the illustrative world of Toulouse-Lautrec and Maxfield Parrish. I hoped my career would follow in their footsteps.

I studied at San Jose State and graduated with a BA in Graphic Design
With a concentration in Illustration. A few years later, I was able to take some classes at the S. F. Academy of Art. But the illustration aspect never fully materialized. My career went mostly into the graphic design area. I have been a graphic designer for many years. Three years ago the call to draw and paint came back with a vengeance so I started to work on my drawing skills before moving on to watercolor. I was dismayed as how much ability you lose after not drawing consistently. I applied myself and a year later my skills had returned. While working on mastering watercolors again, I discovered Alcohol Inks. I was captivated by the vividness of colors and the movement of the paints. I think they have helped in loosening up my watercolor work as well. I began to work in earnest.

I have participated in the following exhibits:

May 2016 — Faces and Figures at the Pacific Art League, Palo Alto, CA

February 2016 — The Art of Love at the Pacific Art League, in Palo Alto, CA