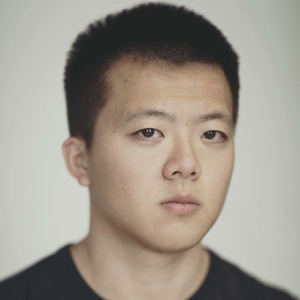 En Lin Qing likes to keep it simple and goes by En. Though he now considers the US his home, he was born in the Si Chuan Province of China. Bright, inquisitive and often rambunctious, En is known to have a bold and risk-taking personality and spirit. Because of his interest in arts marketing, his dance teacher in China Suggested that he look at Shenandoah Conservatory As a way to further his education. So he did just that. He applied and was accepted, packed his bags, and flew to Winchester, VA where he began his studies in arts marketing. At Shenandoah, En found himself surrounded by the abundant beauty of the Blue Ridge and Appalachian mountains, major metropolitan areas such as Washington, D.C. and as well as great future dancers from the Shenandoah Conservatory. It took some time for him to find his path but in 2013, he dropped the Arts marketing track and began working towards a Bachelor degree in Psychology with a Minor in Dance, enabling him to work on one of his passions: dance. As time went on, feeling unsatisfied and looking for a way to delve more into dance psychology, En decided to double major and pursue both a Bachelor of Science in Psychology AND the Bachelor of Arts in Dance. He has trained in ballet, jazz, and hip-hop, but his creativity and challenging personality come through in modern styles. In addition to dance, En has a passion for photography . . . his smartphone camera eventually morphed from being just extra pocket weight to become an artistic tool. His quest to push his natural talent and capture moving and brilliant moments in both dance and landscape-photography has led to a diverse body of work that includes fine art, documentary, studio, and outdoor imagery. His most impressive shots are those that express motion in dance, and En’s work has been presented in live group shows and magazines in New York City, San Diego, Miami, and London. Since 2012, he has been vastly expanding his knowledge of photography and was delighted to study at the New York Film Academy during their summer intensive in 2017.

From the ground to air, from stills to motion, dance is an elite form of movement. Dance is not just the beauty in body but also the understanding of self and others. As the artist, I desire to capture the moment that best interprets the motion and the dancer to the audience as a moment that will leave you in peace, in space, and in time.