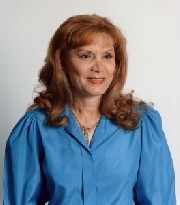 As a child, PARI RAVAN was known for her artistic talent. At the age of 14, she received first prize in a competition for young people in Iran. Afterwards, she was taught by Professor Sadgpoor as a master-class student at the University of Fine Arts in Teheran.

At the age of 17 she moved to Germany where she attended the School of Arts and Crafts in Mainz. She also participated in group exhibitions in Cologne and Berlin. Subsequently she studied with the graphic artist Mrs. Gabriel in Berlin while also taking part in group exhibitions.

From 1976 to 1979 she was a student of Baruch-Elron, the Israeli fantastic-surrealistic artist, whose works have been purchased by museums throughout the world.

PARI RAVAN paints in oil using the old-masters’ techniques. Her style is classified as romantic-surrealism characterised by its atmosphere and psychological content.

Her paintings are owned by the town of Overath, the museum of local history in Cologne and the city museum of Solingen, Germany, and the Konrad-Adenauer-Foundation (Bonn), the Friedrich-Naumann-Foundation (Berlin/Potsdam), in Germany all and the City Hall Cannes (France).

She obtained the Prize for Painting of the L’Aigle de Nice, Nice (France) in 2007. In Cannes (France) she got the Gold Medal for painting of the MCA and the “Excellent Art Prize” of the museum of the City of Cobe (Japan) all in 2008.

In the year 2004, there was a documentary on WDR TV Düsseldorf, and in the regional Channel Wuppertal as well as on the Cable3 Monaco

The artist lives on the Côte d’Azur, France

“The tulips in love ”