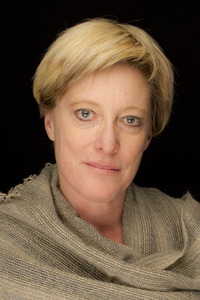 A photograph is a membrane through which subject, memory and emotion transmigrate.

Through my great grandfather, Arnold Johnston, I became infatuated with the ability of a photograph to tell stories, ignite imagination and curiosity, and to illuminate a fleeting moment in time. My life-long passion for photography began when he showed me the mysterious photograph collection of long gone family members and entertained me with the stories about the people and places in them. Then he showed me how to operate his camera....and I was hooked.

While actively practicing the art of photography throughout my life I also enjoyed a career as a dancer, choreographer and later as artistic and executive directors of arts organizations. In 2004 I made the life-changing decision to devote myself entirely to photography and took a year long sabbatical to make a photo documentary on a small fishing village in Mexico. This was followed by a move from my home in Boston to Taos, New Mexico where for two years I developed a studio practice and created work for a variety of galleries, exhibits and art venues.
In 2009 I relocated to Ithaca, NY where I have a studio overlooking Cayuga Lake as well as a commercial studio in downtown Ithaca NY.

This series of highly textural and colorful images was developed in Northern New Mexico and Southern Colorado. I look at each of these images as separate contemplations and composed them to celebrate the simplicity and beauty of small things we often overlook in our busy lives.