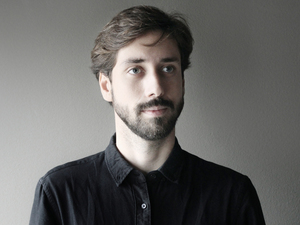 Born in Rio de Janeiro, Gustavo Martini just got awarded as Next Generation Designer of The Year by Wallpaper* and Officine Panerai. His interest in arts began at a young age with drawings, paintings and construction toys that naturally became his profession. During his graduation, he won the Idea Brazil Award and has continued to receive increased media attention as a young upcoming Brazilian author. On his Studio at the very first year, he was invited to exhibit at the Brazilian Art Fair in Miami Art Basel and later that year at the MAM design store. As he has lived the majority of his life in Rio, Martini has a strong sense of connection with the city which he believes combines two contrasting worlds. This includes the metropolis with all the chaos and grey landscape together with the surrounding rain forest and hidden waterfalls. Currently, Martini lives in Milan after completing a Master graduation at Istituto Marangoni, and by working with strong identity, he has being recognized by his ability to produce either products or art installations worldwide. His greatest passion is to create, with complete freedom of expression. Martini typically spends the days exploring concepts and forms to create what he calls a stripped experimental language for his projects. Recently, he presented a sculpture at Laguna Art prize in Venice which now is part of an important Italian private collection. Has participated in Art markets like Piasa and also ADA which is a project by the art advisor from Floridi Doria Pamphilj family and further developed an installation for Alcantara in the renowned MAXXI museum in Rome.