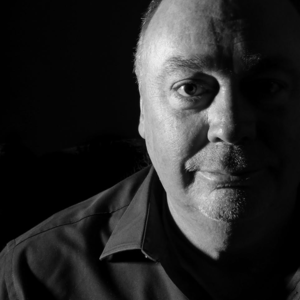 I am a British Artist but have lived and worked in Dubai for the last 20 years. I started playing around with a concept I describe as ‘cellular’ art about a decade ago but then life, travel, and work distracted me from experimenting with this concept further. In 2015, by chance I found my thoughts returning to the concept of cellular art. I am now prolifically creating images in this style and currently working daily to build my portfolio. Each painting, for me, is a personal challenge. A draining endeavour which can take two months to complete. Some paintings have more than 40,000 cells of Individually mixed portions of acrylic paint. Each cell of colour is placed with a brush one spot at a time. I can think of few things more satisfying than to slowly coax my subject to life and witness its birth. It truly feels like I leave a little bit of my soul embedded within each of my creations. I am incredibly grateful for the overwhelming encouragement and positive reviews my work is receiving.

I have always been fascinated by the way our brains perceive the world around us. Everything we see is represented by countless microscopic cells of colour. The closer we view these cells the more random they appear. Then when we pull away the brain stitches these cells together to generate an image. It is this phenomenon that I use to create my paintings.
I design my paintings to work on two levels. Firstly as an abstract. A myriad of coloured cells that only hint at the image they are trying to portray. Then secondly a detailed image that reveals its self with startling clarity.

This is a portrait of a really cool guy who has been appreciating and following my work on Instagram. I had been looking for a bearded subject and loved the contrast between myriad of colours in his hair and the contrast with the smoke from the cigar. This painting took 180 hours to complete. It is Acrylic on Canvas 36'' x 24''

“Shush (Bowie in the Matrix”

'Shush' is based on an idea that came to me following the death of the legendry singer songwriter David Bowie. I thought it may be interesting to bring two iconic images together. I personally believe the concept of the Matrix may not be so far from the truth. Imagine If Bowie on his death merged back into the Matrix? I can't think of a better person to find himself there.

Whilst simple, this remains one of my favourite paintings. I like the way light lifts a figure from the darkness. I imagine just enough light from a bedside lamp or candle capturing the beauty of this woman before the darkness steels her away. Size: 20 x 16 inches

It is said that the eyes are the window to the soul. I am fascinated by the complexity of the human eye. The stunning result of millions of years of evolution. To stare into someone's eyes is to embrace the essence of their humanity. Size: 48 x 24 inches

“Solitude - and the Pale Blue Dot”

There is a quote by the seventeenth century author John Donne which states 'No man is an island' I found myself thinking about this and came to the opinion that he could be no further from the truth. We live on a planet of 7.5 billion people and yet we are all trapped in the shell of our own minds. We are isolated within our own thoughts perceptions and anxieties as we navigate our bodies through the environments around us. Each day interacting and communicating with other trapped souls as they also steer a path from within their own brains. No matter how close we come to other people, whether acquaintances, friends, families or lovers, we can never experience consciousness as they perceive it. Everyone lives from within the confines of their own bubble from the second of conception to the moment of death. I wanted to try to capture these thoughts through my art. I envisioned a large dark canvass with the subject at the centre. A man, naked, sat head bowed his body curled, alone in the darkness. Isolated in his own thoughts. As I painted this piece I found myself contemplating the true extent of our isolation. Human kind, a conscious species clinging to a spinning rock. A solitary speck of dust drifting in a vast vacuum of emptiness. Marooned on a piece of driftwood. It reminded me of the life changing moment. Voyager 1, which had completed its primary mission and was leaving our Solar System, was commanded by NASA to turn its camera around and take one last photograph of Earth across a great expanse of space.
The photograph of planet Earth was taken on February 14, 1990, from a record distance of about 6 billion kilometres (3.7 billion miles). In the photograph, Earth's apparent size was less than a pixel; the planet appeared as a tiny pale blue dot against the vastness of space.