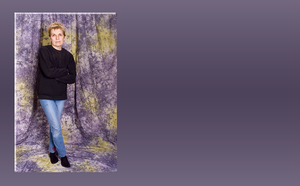 Anne-Bridget Gary is a studio ceramicist and
Emeritus Professor of Art and Design at the
University of Wisconsin–Stevens Point.

Professor Gary has worked and traveled extensively in Japan, China and Korea, working with fifth and sixth generation potters in the areas of Yixing, southern China, Kongju City, Korea and central and northern Japan, Tokoname and Fukushima. Anne-Bridget has exhibited her art work throughout the United States and internationally. Her ceramic sculpture and pottery are in collections ranging from the Transco Corporation in Houston, Texas to the Kavik Corporation in Amsterdam, Holland. She has taught at professional art schools and universities throughout the country including Oregon School of Arts and Crafts, Portland, Oregon and Pacific Lutheran University, Tacoma, Washington.

Fellowships Anne-Bridget has received include a Core Residency at the Glassell School of Art. Museum of Fine Arts, Houston and has received several foundation grants from the University of Wisconsin System to study in Asia and Africa.

Recently she has reviewed and edited a ceramics text and an art education handbook for two major American publishers, along with artist-in-residencies in Maine, Canada, and most recently at the Mary Andersen Center for the Arts at Mount Saint Francis, Indiana. Recently she presented her work at the International Conference for the Arts in Society at New York University, teleconferenced her work at The International Conference for the Arts in the Humanities at the American University in Paris, France, and traveled to Xian, China for several weeks for research at several sites and to also present her work to the International Ceramic Editors Conference at Xian, Peoples Republic of China. Anne-Bridget also collaborates with a photographer to create poetic and photographic installations within the landscape. She was a Fulbright finalist for an international scholar award.

Wall forms are made with some raw clay, wood and in layers -metaphor for a human, as the onion peels to reveal more, looking, closely .

Mixed natural fibers and wood/paint, these sculptures for the wall are vignettes of some turmoil in nature, places of hope and bleakness. Some sunk into ground, found upwards- some bright and obscure lifted.