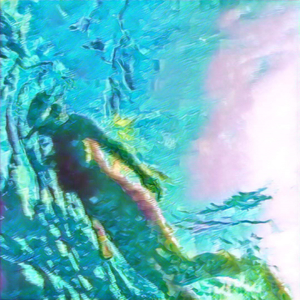 TARA DEL REY declared herself a Post Postmodern Artist in 1996 in direct opposition to the dominance of Postmodernism but more in quiet recognition of the inevitably downspiralling limits of Relativism. Always ahead of her time, DEL REY wrote in 1998 while still at Art College POSTMODERNISM IS ALREADY DEAD & despite being chastised for this defiance by her tutors, DEL REY carried on developing & producing her VISIONARY ART until the rest of the Art World finally caught up.

Like the Ancient Sacred Art of India, China & Tibet DEL REY creates Artworks which transform the Viewer by acting as Portals into other benign dimensions when gazed upon in relaxed reverie. To achieve this DEL REY incorporates her lifelong Study & Practice of MEDITATION, SHAMANIC JOURNEYING & HEALING into each Painting, Video and Performance Art piece.