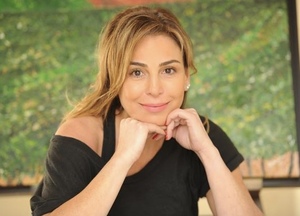 Modern impressionist artist. Rawia Ghandour Zantout is a self taught artist.
Rawia finds her inspiration in the works of prominent Impressionist painters many of whom lived and worked in the south of France where she lived and studied.
In 2006 Rawia was commissioned to create a range of paintings for Banks with a focus on ecological themes mainly present in the landscapes of her homeland, Lebanon. Her works were printed as lithographs and distributed to thousands of bank customers.
In 2007, the artist, torn by the turmoil in her country, delved into the political side of art. She thus sought to crystallize the March 14 Revolution in Martyrs Square (which is hung in the Lebanese prime minister’s office) and after that the strife of the Arab Spring.
She was also commissioned to paint several portraits of World and Lebanese leaders including Vladimir Putin, Troels Povlsen, lebanese President Michel Aoun, lebanese prime minister Saad Harriri, ex lebanese prime minister Fouad Seniora and many others.
Rawia has participated in over 20 exhibitions in Lebanon and abroad.
Rawia’s artworks are currently displayed in Four Season’s hotel in Beirut.
Rawia was nominated for the world Global Art Award 2018 which took place last year in Dubai and was granted the Finalist certificate in the Painting category.
Contact info:
Facebook page: paintings of Rawia Ghandour Zantout
Website: www.rawiagzantout.com
Instagram: Rawia Zantout
Facebook: Paintings of Rawia Ghandour Zantout