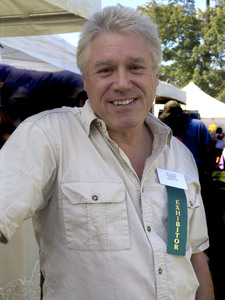 Images of automobiles through the ages. Created from digital files processed through the dark/light room of my imagination.

A 1935 Ford "Woody" station wagon stops for fuel at a contemporary Gulf station.

A Caped Crusader waits for action.

A 1936 Buick Straight Eight towing a "Bowlus Road Chief" custom crafted trailer, stops for gas at one of Mr. Rockafeller's stations. Mr. Bowlus built the "Spirit of St. Louis" for Charles Lindbergh to fly the Atlantic solo for the first time. He later applied his genius to building trailers. An employee of his, later started the AirStream Company.

A Picture is worth 1000 words, but a title can illuminate an image.

A right of Spring.