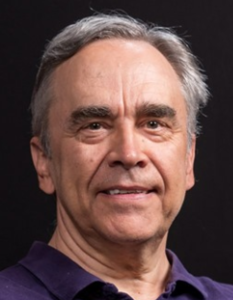 I am a Finnish visual artist and sculptor. I have also lived permanently in Spain for almost 10 years.
​
For my scientific art  I draw from studies on natural sciences, especially cosmology, study of the universe, and astronomy.
​
My paintings are created mainly on basis of blanks, often shaped by the subconscious during sleep, which then mature into ideas when I wake up.
I use experimental mixed techniques mainly with acrylic paints and metal leafing methods on transparent, impact resistant acrylic and polycarbonate sheets. In each work, some new technical method has been used.

"Philosophically, the universe has really never made things in ones. The Earth is special and everything else is different? No, we've got seven other planets. The sun? No, the sun is one of those dots in the night sky. The Milky Way? No, it's one of a hundred billion galaxies. And the universe - maybe it's countless other universes."
​
Neil deGrasse Tyson
An American astrophysicist, author, and science communicator

The Multiverse series takes the viewer on a journey to the wonders of the universe.
​
Through biological evolution, the universe created consciousness and a mammal in human family to live for a moment in a random, enormous physical mill and to see and explore itself – all of it. According to current understanding, our universe is governed by a quartet of four natural forces, or the basic interaction: the strong and the weak nuclear power that explain the action of the atoms, the electromagnetic force that holds the molecules, among other things us, together, and the gravity that controls galaxies and planets. These four forces of nature help explain and predict the behaviour of particles in the universe, from the smallest elementary particles, quarks and leptons, to the largest structures: galaxy clusters. There may also be a fifth basic force: the universe is expanding at an accelerating rate. According to the measurements taken by the Planck satellite, dark energy accounts for 68.3% of the universe's mass energy, the share of dark matter being 26.8% and that of ordinary matter 4.9%. Dark energy and dark matter are not explained by just the four basic interactions.

The viewer of the works stands in the middle of a cosmic play. However, physical reality is not only, and often not at all, limited to that seen by the human eye. Our conceptions of matter, time, space and the universe have evolved to reflect the conditions that are central to our own actions. In reality, they are but a modest approximation of physical reality produced by our senses. Our senses consist of electrical signals from which our brain “constructs” our own external world.

The multiverse is a hypothetical set of finite or infinite numbers of different universes that contain all physical reality and the laws governing it. The other universes belonging to the multiverse, besides our own universe, are called parallel universes.

“Wormholes in the Multiverse”

"Your theory is crazy, but it´s not crazy enough to be true."
Niels Bohr
A Danish physicist who made foundational contributions to understanding atomic structure and quantum theory, for which he received the Nobel Prize in Physics in 1922.

"String theory envisions a multiverse in which our universe is one slice of bread in a big cosmic loaf. The other slices would be displaced from ours in some extra dimension of space."
Brian Greene
An American theoretical physicist, mathematician, and string theorist

“The world is governed by chance. Randomness stalks us every day of our lives.”
Paul Auster
An American writer and film director.

“A universe within a universe”

The structures of the observable universe is astonishingly similar to the neuronal networks of the human brain.

University of Bologna astrophysicist Franco Vazza and University of Verona neurosurgeon Alberto Feletti detail the surprising similarities between the cosmic network of galaxies and the complex web of neurons in the human brain. Despite being roughly 27 orders of magnitude apart in scale, the human brain and the composition of the cosmic web show similar levels of complexity and self-organization.
“The human brain has 100 billion neurons, each neuron connected to 10 thousand other neurons. Sitting on your shoulders is the most complicated object in the known universe.”
Michio Kaku
An American theoretical physicist, futurist and popularizer of science
​
The brain contains an estimated 69 billion neurons, while the observable universe is composed of at least 100 billion galaxies, strung together loosely like a web. Both actual galaxies and neurons only account for about 30 percent of the total masses of the universe and brain, respectively. And both galaxies and neurons arrange themselves like beads on long strings or filaments.