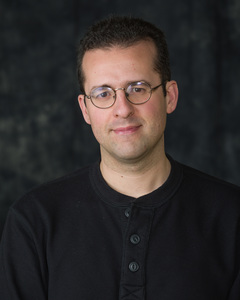 Shiloh Gastello is a ceramicist from Stockton, CA who currently resides in Portland, OR. Gastello is a Ceramic Art Instructor who teaches classes on glaze calculation, pottery wheel-throwing, hand-building, and loading and firing kilns. He has been published in Clay Times Magazine and the NCECA (National Council on Education for the Ceramic Arts) Conference Program Catalog, chosen as a National Niche Awards Finalist, and received an Emerging Artist Award for his work in the Art In The Pearl National Fine Arts and Crafts Festival.

Gastello has exhibited internationally at the Xishuangbanna Nationality Museum in Xishuangbanna, Yunnan, China, and the Sapporo Art Museum in Sapporo, Japan, and nationally at Akar Art in Iowa City, IA, The Charley Cummings Gallery in Gainesville, FL, The Clay Studio of Philadelphia in Philadelphia, PA, The Japanese Garden in Portland, OR, the Museum of Craft and Design in San Francisco, CA, and the See | Me International Billboard Premier Exhibition in New York, NY among others.

Gastello received scholarships to attend residencies at the Bagongshawan Dai Pottery as a Jingdezen Sanbao Ceramics Academy Artist-In-Residence Representative in Xishuangbanna, Yunnan, China in 2017, at Anderson Ranch Arts Center in Snowmass Village, CO in 2015, and Watershed Center for the Ceramic Arts in Newcastle, ME in 2014. He earned his Master of Fine Arts In Craft Degree with an emphasis in Ceramics at the Oregon College of Art and Craft in Portland, OR in 2016, and his Bachelor of Fine Arts Degree from the University of the Pacific in Stockton, CA with an emphasis in 3D Media and Painting in 2011. For more information, please fee free to contact Shiloh Gastello at polychrome@comcast.net.

This series is inspired by the fragile and ephemeral nature of the human body. Memory is explored through constructing forms using thin layers of slab-built porcelain and combining found/augmented objects. My explorations focus on the psychology of the anthropomorphized gestures of found furniture and fractured ceramics to incite a dialog between user and object. Exploring the gesture of objects that we interact with daily is implemented to subtly increase awareness of how objects can relate to our own bodies. Objects can also act as conductors for memory to incite exploration of the past.

“Unconscious Associations No. 7: "Learning To Let Go Should Be Learned Before Learning To Get"”

“Unconscious Associations No. 8: "Home Is Not A Place...It Is A Mindset"”

“Unconscious Associations No. 9: "Whatever Moves Ahead, Wins"”

“Unconscious Associations No. 12: "Nevertheless, We Arrive"”