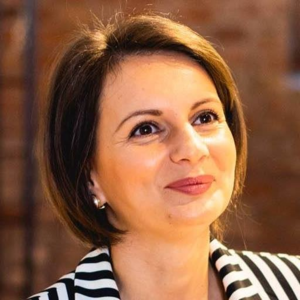 Diana Andreescu (b. 1979) is associate prof. phd., at West University, Faculty of Arts and Design, department Design (since 2004), Ornella Design Company founder and coordinator - design studio and print production (since 2007), Initiator and founder of the Art club in clouds - creative education for children in Timisoara (2013-2015), Erasmus International projects coordinator in the Faculty of Arts and Design Timisoara (since 2005), Scenographer at Puppet Theatre Merlin in Timisoara (2000-2006), Product designer at the company Green Forest Timisoara (2001 -2002). Member of the Artists Union of Romania (since 2007), Member of ADI - Italian designers Association (since 2004), Member of AIGA - the professional association of designers (since 2016)