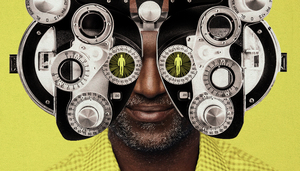 Born and raised in Chicago, Takako has always appreciated existing between different cultures, classes, environments and neighbourhoods. He attributes growing up in a large multicultural city as a big factor in what made him appreciate the beauty in the contrast of differences.

Formally trained as an architect (currently practicing in Chicago), Takako was heavily influenced by his time in graduate school at the University of Cincinnati’s College of Design, Architecture, Art and Planning (2004-2007). The school had a dynamic mixture of disciplines and students interacting within the same building. He fondly recalls attending lectures and critiques on fashion, art, industrial design and architecture. It was during this time Takako became interested in collage.

His first experiments with collage occurred while doing research for his thesis (Culture, Conflict and the Phenomena of Appropriated Space). Here, he employed collage as the underlying framework to organize the thesis document, installations and final proposals. This research proved to be critical in shaping his artistic philosophies. “The bi product of sub culture generates rich material for art.” (Takako Konishi)

Takako’s collage making process, simulates the environments many of us experience daily. We constantly go back and forth between our real environment and our perceived environment as filtered through our devices. His art strives to reside somewhere in between this tension of the simulated and the real. Often starting in the digital environment, he’ll make physical prints, collage them, photograph them and convert them back to digital. This back and forth process usually happens multiple times on any given piece, eventually blurring and adding a layered depth to the two dimensional work.

There are a few themes that have become apparent in his work. He has developed a fascination for the myriad of subcultures we all simultaneously exist in, each one playing a role in shaping our identity. His art tries to reflect and exaggerate this phenomena, playfully giving form to these invisible selves.

This piece is part of a series called the Red Dress Series. Here I seek to explore and exaggerate the relationship between celebrity and mythology using collage as the protagonist.