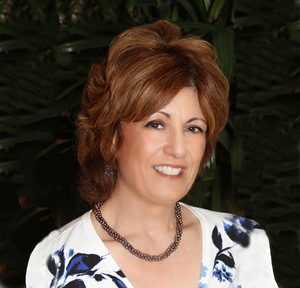 Susan is a native Long Islander (which is immediately apparent upon meeting her) who emigrated to South Florida about 15 years ago. She is married to a very tolerant and supportive husband with two grown (and married!) children who grew up with a geek for a mother. She is a freelance digital artist and instructor who draws from a diverse background of psychology (B.A.), business, (management) art and technology (teaching at Briarcliffe College in NY, Palm Beach State College and many private students).

Having never been a person with merely one goal, one purpose, she has traveled a multifaceted educational and vocational road including degrees in Psychology and Graphic Design. She has eleven years of experience as a retail manager, moving on to freelance graphic design and then teaching photo imaging and design since 2001. Her work and teaching demonstrate that art and technology are not antagonistic, but can coexist and should be used to enhance each other in new and exciting ways. Her digital work blurs the borders between photography, painting, and digital illustration to achieve her artistic vision.

She is primarily a visual person, and is always stewing a cauldron of images and ideas which have yet to take form. Sometimes these images, like demons, will bubble around in the stew for a while, only to tantalizingly submerge themselves and resurface again when something jogs the memory. Often these ideas take on a flesh and consciousness of their own and resurface, demanding release from her.

What she does is not really traditional photography, but “Photo Imaging” in which she uses enhanced techniques such as layering, masking and digital “hand painting”. Although it originates with computer hardware and software (primarily Photoshop), her work is not the result of anything routine, and is developed from her original photography and illustration. There is no “formula” or automatic process; no two pieces are done in exactly the same way. Her digital work has been displayed in many local exhibits including solo shows, and won several awards through such groups as Artists of Palm Beach County, Lighthouse Art Center and Wellington Art Society.

In her recent collage pieces, she creates composites of several photos, and sometimes vector illustrations as well. She often begins with the human form and then relates it to elements in the natural world, such as water, plant life, or landscapes. The viewer’s eye is drawn around the piece to discover both the individual elements and how they coalesce to form the whole.

Although her formal training is in graphic design, she finds herself being drawn back to more non-digital media, most recently watercolor, pastels and inks. There is a tactile immediacy in them not present in digital art. The computer is only a tool, much like a pencil, paints or clay. The underlying artistic principles remain constant.

What I do is not really traditional photography, but “Photo Imaging” in which I use enhanced techniques such as layering, masking, and digital “hand painting”.

Although it originates with computer hardware and software, my work is not the result of anything “automatic”, and is developed from my original photography. There is no “formula” or automatic process; no two pieces are done in exactly the same way.

“Zaha Hadid: Queen of the Curve”

This is a composite of a High Line area residential building, 520 W. 28th St. New York, NY designed by Zaha Hadid. She was an Iraqi-British architect, the first woman to receive the Pritzker Architecture Prize, in 2004. She received the UK’s most prestigious architectural award, the Stirling Prize, in 2010 and 2011. In 2012, she was made a Dame by Elizabeth II for services to architecture, and in 2015 she became the first and only woman to be awarded the Royal Gold Medal from the Royal Institute of British Architects.

She was described by The Guardian of London as the “Queen of the Curve”, who “liberated architectural geometry, giving it a whole new expressive identity”. My composite, incorporating a few different views of the building, as well as color from some of her artwork, is my homage to her ground breaking talent and incredible ability to turn a male dominated field on its head.

Original image taken at the High Line public park in lower Manhattan in NYC. Additional images include photos and digital illustrations concerning the central theme of the loss of privacy as we know it in the modern digital age.

Two main images of this collage, steel from the north tower of the WTC, and my illustration of a veteran who has lost a limb in war, make up the dominant themes of the collage. They are both “steely”, literally and figuratively conveying vulnerability, strength and determination.

A composite of several images done in response to the COVID19 pandemic. Included are enhanced virus depictions, some astrophotography from the Hubble telescope, as well as photos and my original illustrations. 2nd in a series.