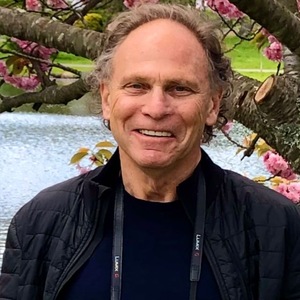 Art has been a part of Marc's DNA since birth. His mother, a New York-based artist, sculptor, and teacher, continually exposed him to the world of galleries and museums, between their home in SoHo and summers spent in Provincetown, MA. He began practicing early, attending high schools specializing in art and summer workshops in Provincetown, and studying art history in Florence, Italy. In 1971 he enrolled at The Philadelphia College of Art, initially as a painter but ultimately graduating with a BFA Film in 1976. He studied under photographer Ray K. Metzker, whose “composites” — large-scale assemblages of printed film strips — have remained a major influence throughout his career.
Upon graduating, Marc worked as a location scout and assistant cameraman on commercials and industrial shorts. He flourished in this field, rising within a few years to become a renowned director's rep and executive producer, representing award-winning photographers, production companies, and feature film directors for TV ad campaigns. In 1986, Marc founded CAM, an international production company specializing in music videos, shorts, and TV commercials. Throughout this professional period painting and photography remained a strong passion for him, and he continued to practice and attend night classes to refine his craft.
In 2001, Marc was diagnosed with stage 3 multiple myeloma. His prognosis was poor. He stepped back from his company and enrolled in an aggressive treatment protocol out of UAMS in Little Rock, AR. While undergoing this intensive treatment, Marc renewed his devotion to his artistic work. He taught himself Photoshop and began taking digital photographs. Between lengthy hospital visits and rounds of chemotherapy he carried a digital camera everywhere he went, capturing a copious amount of landscape and urban images. This daily practice and immersion in digital media has formed the basis for his more recent work. His signature piece from this period, a large multi-layered photo collage titled "Metropolis" (2003), is the best example of Marc’s digital-collage style. The 40" x 72" piece comprises over fifty layers of images merged with hand-painted elements.
In 2003, Marc was invited to his first group show, at the Agora Gallery in Chelsea. He has been included in multiple juried award shows both nationally and internationally, including Silvermine, Art in the Northeast, The Spectrum Show, and the Faber Birren National Color Award Show.
For Marc, art has always been about process and catharsis. He is drawn to the tension between the organic and spontaneous generation of an image, and the meticulous, exploratory practice of augmentation as a form of metamorphosis and rebirth. He appreciates the ubiquity and accessibility of digital media, which he sees as both humbling and as a constant challenge, to tease the meaning out of images, layering them together to create something that wasn’t there before, making them into something more than themselves.

A collection of work generated during the pandemic

Blue Monday is a digital photography of the feeling’s and sights one might see who like walking by the shore or lake, on an over cast day.
There’s a light drizzle and the colors are muted. Your glasses fog up because your wearing a mask. But it’s still an amazing feeling to be out.