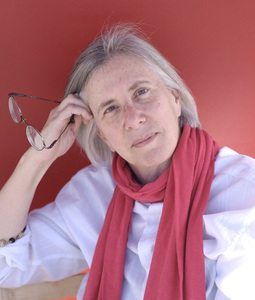 Born in Jersey City, raised in upstate New York, from the age of eight Judith began an intense education in the world of music, art, ballet and theatre. Invited to join a Professional Repertory Summer Stock Musical Theatre-in-the-Round, Judith’s true passion was scenic and set design.

Upon arriving in Israel in September 1972 Judith was commissioned to create a series of murals for Kibbutz Hulda. She apprenticed with sculptor Robbi Scharf and exhibited her watercolors at GALLERIA HA’YA’AR.

She received her B.A. from the American College of Jerusalem, subsequently made Aliyah and served in the IDF (NAHAL).

Settling in London, Judith’s watercolors were selected to participate in the ROYAL SOCIETY OF WOMEN ARTISTS EXHIBITION at THE MALL GALLERIES. With an invitation to join the newly established WALKER BOOKS children’s book publishing company, she transitioned into Graphic Design and credits award winning art director, Amelia Edwards, as one of her greatest mentors.

In 2021, Judith delved into Digital Art where she finds a sense of belonging and wonderment entering the 21st century of creative media.

Ten months ago she submitted 23 digital paintings to international juried competitions. To date her work has been invited and participated in 49 exhibitions, recipient of 31 awards and citations.