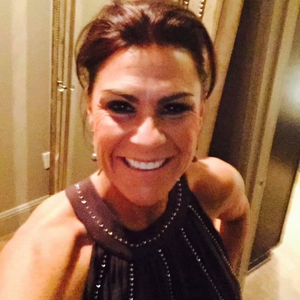 Embracing femininity, sensuality, and violence, Michelle Follett encompasses an even blend of aggression, intrigue, and power behind her semi-chaotic pieces. The pieces themselves reveal tribute to pop culture, politics, and comedic relief, while dark at times, found within societal norms. The collection is playful, energetic, and curious, leaving viewers to both smile and question their morals while doing so. The artist herself embodies the work with confidence and enthusiasm, lending hand to the intimate and charismatic touch of the collection itself.

Michelle Follett is an artist who works in a variety of media. By using popular themes such as sexuality, family structure and violence, Follett touches various overlapping themes and strategies. Several reoccurring subject matter can be recognized, such as the relation with popular culture and media, working with repetition, provocation and the investigation of the process of expectations.
Her artworks are characterised by the use of everyday objects in an atmosphere of middleclass mentality in which recognition plays an important role. By taking daily life as subject matter while commenting on the everyday aesthetic of middle class values, she makes works that can be seen as self-portraits. Sometimes they appear idiosyncratic and quirky, at other times, they seem typical by-products of American superabundance and marketing.
Her works are saturated with obviousness, mental inertia, clichés and bad jokes. They question the coerciveness that is derived from the more profound meaning and the superficial aesthetic appearance of an image. By parodying mass media by exaggerating certain formal aspects inherent to our contemporary society, she often creates work using creative game tactics, but these are never permissive. Play is a serious matter: during the game, different rules apply than in everyday life and even everyday objects undergo transubstantiation.
Her works often refers to pop and mass culture. Using written and drawn symbols, a world where light-heartedness rules and where rules are undermined is created.