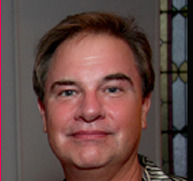 Robert A. Schaefer Jr. was born in the teeny, tiny town of Cullman, Alabama which is between Birmingham and Huntsville. In 1975 he received his BA of Architecture Degree from Auburn University. Then he moved to Munich, Germany where he studied photography, architecture and theatre at the Technische Universitaet in Munich and graduated in 1978 with a MA of Architecture (Diplom Ingenieur Architekt). During this time he became a part of the Joerg Walter Koch Gallery in Munich and the Ufficio dell Arte Gallery in Paris, France where his photography was put into the permanent collection of the Bibliotheque Nationale. Exhibitions during this time included Amerika Hauses (cultural part of the American Embassy) in Munich, Hamburg, Hannover and Frankfurt; Kulturhaus in Graz, Austria where he was exhibited with David Hockney and Institut Francais in Munich.In 1981 Schaefer moved to New York City where he still lives and photographs. From November 1997 to January 1998 he had a one-person-exhibition at the Aroma Gallery in Berlin, Germany. Titled "Berlin Blau" it contained Schaefer's newest direction of Photo Giclee. All images were scanned into a computer from a 2 1/4" x 3 1/4" cyanotype image of Berlin and printed out on canvas in sizes of 16" x 20" and 30" x 40". "Berlin Blau" was published in "brennpunkt" a magazine dedicated to the art of photography and published in Berlin. Robert Schaefer's photography is found in the private collections of Kofi Annan Secretary General to the United Nations; W. M. Hunt, Photography Director of the Ricco/Maresca Gallery, Ben Fernandez, photographer, Arthur Tress, photographer, Anita Chernewski, Photographer and Peter Hay Halpert, Contributing Editor to American Photographer; public collections of Philip Morris, Inc. in NYC and the Birmingham and Huntsville Museums in Alabama.</div>
In 1999 the newly built Huntsville Museum of Art hosted the exhibition: "Robert A. Schaefer, Jr. - 25 Years of Photography." During this time the AGNES Gallery in Birmingham, AL. had a one-person exhibition of Schaefer's work, as well as the Barbara Ann Levy Gallery in New York City. In 2000 he was part of a group exhibition "Art On The Line Comes Inside" at the Main Line Art Center in the greater Philadelphia Area. In 2001 Apple Macintosh invited Schaefer to put together a series of lectures for fine artpPhotographers for their New York Office. He invited five other photographers to help him present "Darkroom to Digital" or how photographers can use Apple Macintosh to create fine art photography. After the World Trade Center Disaster, my cyanotype image of the WTC (# 0378) was put into the now traveling exhibition http://hereisnewyork.org (Type 0378 in View By Number)

In January of 2002 the Chamot Gallery in Jersey City, NJ exhibitedSchaefer's new portraits in an exhibition called "Facelifts" which received a very positive article in New Jersery's "Star Ledger." In June of 2002 a new book came out: Photography's Antiquarian Avant-garde; written by Lyle Rexer and published by Abrams, it features one of Schaefer's cyanotypes. In September of 2002 Schaefer began teaching photography classes in self-promotion at New York University as well as The New School. One of his speakers for these classes was his own gallerist Charles Chamot who in August of 2003 hosted an exhibition of Schaefer's students from both universities. Titled "Fresh Eyes-Emerging Photographers, " it provided many of the students their very first exhibition which had a very well-attended opening, sales and an article in New Jersey's "Star Ledger." A new art magazine "Epiphany" sponsored by New York University opened its first hard-cover issue which included Schaefer's images with a launch party on March 25, 2004 in New York City.

In February of this 2005, Robert exhibited cyanotypes of city-scapes in an exhibition titled "City Blues" at the Silver Eye Gallery in Pittsburgh, PA. His project Two Sides of the Coin which deals with his German heritage and The Holocaust were shown for the first time at Gallery DeFrog in Houston, Texas in March and April 2006 during Fotofest and extended through May by popular demand. An article was written about this exhibition by Judith Farber for the on-line magazine Double Exposure. In 2006, Schaefer attended the Darfur Rally in Washington DC and shot film footage to add to Two Sides of the Coin which points out that even in remembering the Holocaust, genocide continues today in Bosnia, Rwanda and the Sudan. Two of his images were auctioned off in Los Angeles and New York to make money for The Aftermath Project. The Museum of Fine Arts in Montgomery, Alabama exhibited Schaefer's documentary project about a North Alabama farmer Joe Culpepper in "Portrait of An Alabama Farm" from November 10, 2007 to Januray 6, 2008. (Schaefer gave a gallery talk about the project at the Musuem on December 1, 2007).

In 2009, Robert Schaefer's large giclees made from scanned cyanotypes were exhited at Windows on Columbus in Jesery City, NJ from September to February 2010. Two of his cyanotypes as well as a large giclee from the "Portrait of An Alabama Farm" series were shown at the Mishkin Gallery (part of Baruch College) September 16 - October 14, 2009. Schaefer's cyanotypes were in a group exhibition of Alternative Process at the Watchung Arts Center, Watchung, NJ, January 3 - 30, 2010.

In November of 2010, the Goethe Institut/Max Mueller Bhavan in Delhi, India hosted an exhibition "Architectural Blue - Cyanotypes of India and Germany," which are cyanotypes made from the images Schaefer made on his trip to India in 2009 as well as cyanotypes made from some the images he took in Germany. There was another exhibition during this time at the Government Museum and Art Space in Chandigarh, India sponsored by the Goethe Center there. It consisted of cyanotypes made from images Schaefer took of the Le Corbusier government buildings in Chandigarh, India as well as cyanotypes from other images taken in Germany. Both exhibitions were curated by Schaefer's good friend Elizabeth Rogers who writes about photography and other art forms as well as curates exhibitions in Asia, Europe and The United States. She also edited the catalogue produced for both exhibitions as well as designed and oversaw the invitation and posters also being printed for the shows. The Goethe-Institut flew Robert over to speak at both openings (Chandigarh: November 11th and Delhi: November 17th) and give lectures on his photography in both Delhi and Chandigarh as well as facilitate cyanotype workshops.

On February 22, 2011, he presented a lecture "The Importance of Influence" to the students of photography and art at Union College in Schenectady, New York and on April 9th facilitated a cyanotype workshop for The Center for Alternative Photography in New York City. His course "On The Waterfront" premiered in New York University's School of Continuing and Professional Studies last Fall and will be offered again in the Summer 2012. On March 22nd his other new course "New York Connections: Photographing Bridges and Other Engineering Feats" is scheduled to begin as a part of the Spring Semester 2012. 2011 ended with Schaefer's inclusion of one of his cyanotypes in the widely acclaimed Curate NY Exhibition held at the Rush Gallery in the Chelsea Art Area in Manhattan. The New Year began well with a group of Schaefer's abstract portraits (printed with the cyanotype process) being shown at the A. Jain Marunouchi Gallery (24 West 57th Street) in Manhattan.

This body of work looks at architecture and cityscapes in various parts of the world. They were produced by making a digital negative from both analogue and digital captures and printing it with the cyanotype process (invented in 1842 in England by Sir John Herschel) which results in a monochromatic Prussian blue print. Cites depicted in this series are located in the United States, Europe and India.

Built in 1724 the Jantar Mantar buildings were constructed for the study of astronomy. Because of their lack of ornamentation, it is difficult to believe that they were erected in the 18th Century and not in the early part of the 20th Century.

Jantar Mantar is a group of buildings erected in 1724 in what is now New Delhi, India. They were built for the purpose of studying astronomy and there are other locations Jaipur and Veranasi (Benares), India.

Another of the buildings in the whole complex of Jantar Mantar in New Delhi, India. It was build in 1724 for the study of astronomy and is incredibly modern for the time period in which it was built.

A horizontal view of Ram Yantra in the Jantar Mantar group of buildings built for the study of photography in 1724.

Side view of Jantar Mantar's Jaya Prakasa's building built in 1724 in New Delhi, India for the purpose of studying astronomy.

“Side Building Window at Humayun's Tomb in Delhi, India ”

Window of side building located on the grounds of Humayun's Tomb in New Delhi, India

Humayun's Tomb, Delhi is a landmark in the development of Mughal architecture. It was built in 1570 for Humayun the second Mughal Emperor of India. The architect was Mirak Mirza Ghiyath, under the direction of Humayun's widow. He used mainly red sandstone, with white and black marble inlays.

“The Assembly Building in Chandigarh, India ”

The Assembly Building designed by French Architect Le Corbusier for Chandigarh, India - the capital of the Punjab

The Visitors Center in back of the Reichstag in Berlin, Germany

The Train Station in Hannover Germany - as seen through a parking garage.

The new City Hall along the River Thames in London, England

“The Art Institute in Chicago, Illinois ”

The Art Institute as seen through its exterior courtyard in Chicago, Illinois