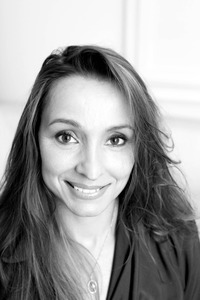 Belinda Mason is a Sydney-based photographer who worked as a News Ltd Press photographer, before becoming a freelance. Since 1998 Belinda's work has focused on taboo social issues that explore the very personal and sometimes difficult subjects of grief, body image, identity and family. With the assistance of Accessible Arts and Visions of Australia, her work about sexuality & disability “Intimate Encounters” toured Australia extensively for seven years. This exhibition continues to tour internationally and has been shown in London, Barcelona, Seville, New York , Toronto and Auckland.

Belinda is the 2008 winner of the richest photography prize in Australia, The Moran Prize with her image entitled “Four Generations”. Also in 2008, Belinda was awarded “most emotionally intense image” at the CCP 2008 Kodak Salon for an image from the “Beyond the Burn” series. This same image of surviour won the Perth 2008 PCP Iris Award. She has also been part of exhibitions such as, Head On, Josephine Ulrick (Highly Commended 2002) , Olive Cotton Awards, and the Alice Prize.

Images from her “Yolgnu on Balanda” series won her the 2008 Human Rights Award for Photography. This series documents the remarkable and insightful voices of Indigenous Australian’s and their opions of white culture. This work has already been shown in Barcelona Spain, the PCP and the Albury City Gallery. In 2013, the images will be shown at the State Library of NSW.

The series “Manigrida” also won the BHP Images of the Outback award for 2003 and 2004 and 3rd Place in the International Spider Awards for Photojournalim in 2008. The Maningrida series is part of the ACMP Collection 10, and one of the images has been exhibited at the NSW Art Gallery as part of the Shoot The Chef exhibition. The work is on permanet display at the Chidrens Hospital in Randwick as part of the Cultural Gfts Program.

Belinda’s series “Only a Man” which examines the role of men as society’s disposable commodity. This exhibition is a forum for men who rarely feel able to freely express their vulnerability and emotional needs, and are dis-empowered by societal expectations. “Becoming Woman” is a project following the journey of Paula Kaye, who has chosen to challenge stereotypes and popular misconceptions of the transsexual woman. Belinda’s award winning project entitled "Beyond the Burn” examines the emotional complexities of burn survivors. Her image of Father Peter Kennedy “The last Supper”, was featured in the 2009 Blake Prize for Religious Art, and was included in the national tour.

Belinda is currently working in the area of 3D lenticulars. Her first series is of Australian Photographers and is a testament to those photographers who have had an impact on Australian Documentary Photography. Participants to date include, Stephen Dupont, Tamara Dean, Tim Page, Merv Bishop, Claire Martin, William Yang, Robert McFarlane, Tony Mott , David Dare and Nigel Brennan.
Casual Powerhouse has commissioned a series of 3D lenticlars allowing Belinda to explore the concept of Women in Sport. Participants include a Chillean refugee who is a RollerDerby Queen, A human Rights lawyer who was crowned Miss Naked Pole Dancer in 2011. An Aboriginal woman who is the Long board surfing Champion. Paralympic basketball player, who is short statured, Muslim women who represents NSW in AFL, Chinese Australian snowboarder and 102 year old athlete who still competes. This work will be shown in Feb 2013
Belinda Mason has been a speaker at the Melbourne Festival of Arts 2002 , the International Festival of Photography in Sydney 2004, Australian Centre of Photography 2007 and the Blowfish AIPP Conference Sydney 2010.
ARTIST STATEMENT

“We cannot argue when someone says," i feel", - it is not our right. It is part of our own journey to learn empathy rather than compassion. Our own reaction, exposes us to ourselves, and our ability to listen when someone lays their naked soul in our path." - Belinda Mason 2001

“This body of work is one of the most emotive projects I have seen for years. It stimulates both creative and social thought and is an inspiration to all. I am sure this will be an important piece of Australian social history and will spark discussion over many years”
Kevin Cooper - National Sales Manager, Fujifilm Australia

“The power of this exhibition is in the way in which it challenges and confronts the viewers expectations of disability while simultaneously allowing the richness of the participants lives to shine through. I believe that audiences will respond not only to the discussions and dialogue that the exhibition allows, but also to the sheer beauty of the exhibition and the wide range of images”
Kiersten Fishburn, Audience Development Accessible Arts

“This support was provided based on the high quality of Belinda’s work and her passion to create awareness and understanding through her photographic images of important issues which are largely neglected by our society. Lorelle Clements, Manager Philanthropic Foundations - Perpetual Trustee

“Belinda Mason has a history of pushing the limits of imaginative social documentary photography. I know of no other photographer who has so consciously pursued difficult unfashionable subjects such as the sexuality of the disabled – a body of work that seems destined for prominence.” Rob McFarlane, Art Critic - Sydney Morning Herald.