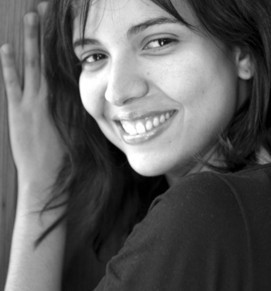 Education
I am a selftaught artist. I started to paint in my childhood and with 13 years old I made my first official work, with Unicef, that were illustrations about Human Rights, that were published later. After that, I continued to paint and decided to make exhibitions and free courses related to this field. My first exhibition was in 2002, with 16 years old. And I never stopped since this time.

A summary of my Curriculum

2005 Gisele Bündchen awarded the artist as ' The Best of the Year ' in her official website, for have
created her image through an acrylic painting, in an authentic and expressive form.
2006 Contest "Project Runway" - Fashion Prize - People & Arts Channel - 2nd place;
2010 Winner of the Cultural Contest "Artist of the Year", promoted by the "Bravo! Magazine" (Ed. Abril - Brazil - São Paulo);
2012 Second Competition of Arts – Artavita (California-USA) - Honorable Mention;

These works are from many periods of my career, since the beggining until the last work. Just few images that represents my profile as an artist.