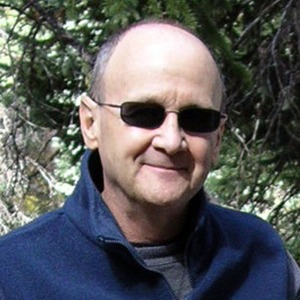 Born in 1947, R. Geoffrey Blackburn began his professional fine arts career in 1970. He has taught art and worked in various art-related fields his entire professional life. While in England, in the early 1970's, he was the principle artist for an international magazine.
Although he has studied art both privately and at the University of Utah, he is essentially self-taught. His first recognition as an artist came at the age of eight when his work won first prize at the annual exhibit at the Old Mission at San Juan Capistrano, CA.
During the last uranium boom of the 1970’s, Blackburn co-owned and operated a mining and exploration company, North American Resources Corp. working out of Moab, UT, which was how he came to focus on red rock landscapes.
Blackburn’s art has been widely exhibited, collected and has hung in the White House and appeared on national television. In 1987, he invented a new, user-interactive art form for which he received a US Patent in 1990. His work is frequently commissioned by collectors.
In late 1987 Blackburn "fathered" an exciting new art form he calls "Multi-Dimensionalism." This user-interactive, total-experience art form is so unique that he was granted a patent for it by the U. S. Patent Office. Of this new art form, Vern Swanson, Director of the Springville Museum, wrote ". . . I was captivated by the beauty, peacefulness and stimulating quality of Blackburn's creation. I fully recommend this radical new innovation . . . We believe that his work will make an important contribution to society for the immediate future, bringing art back to the people."